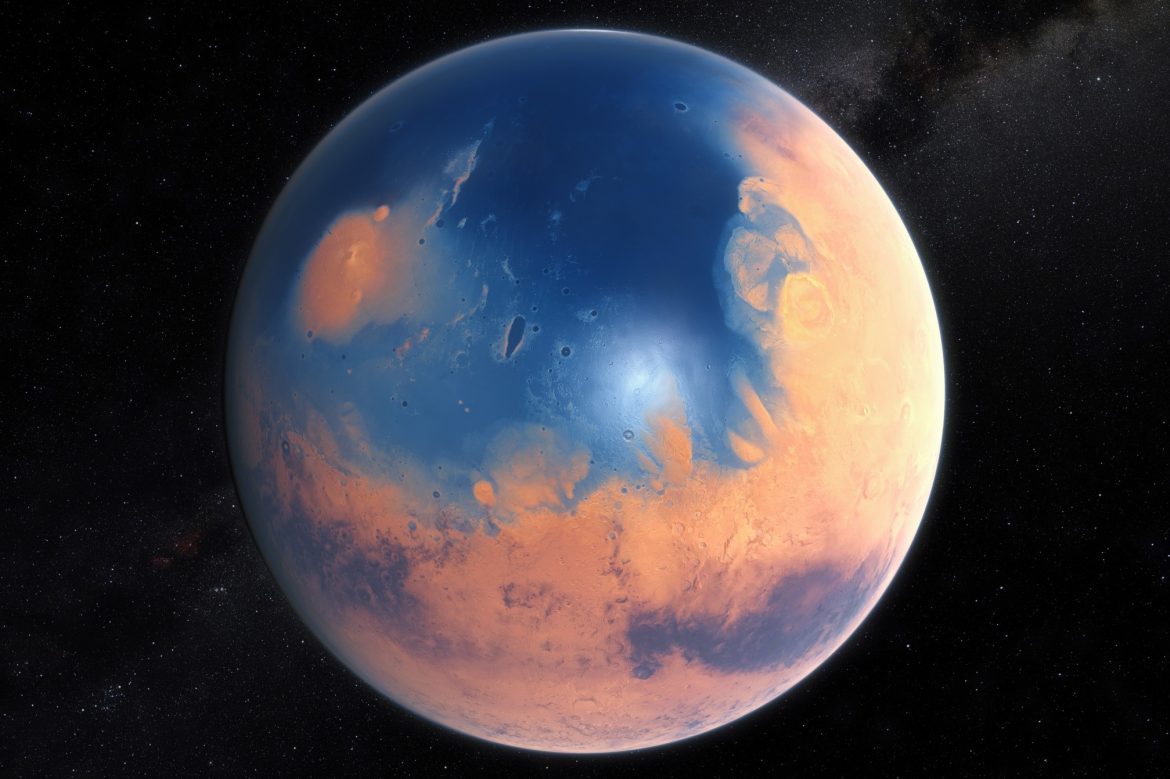 A study based on surface geology in northern hemisphere of Mars revealed that two meteorites which struck the planet billions of years ago had caused tsunamis of stupendous dimensions.

According to the study authored by an international group of planetary scientists and geologists and published in Scientific Reports, traces of tsunamis caused by two meteorites which impacted the planet several million years apart show that Mars once had cold and briny oceans suitable for the development of life.

Researchers base their conclusion on the traces of two distinct shorelines at the edge of a vast plain at the northern hemisphere of Mars which is now a dry and frigid world.  They estimate that the first of the impactors which dug craters 30 km wide on the bed of the liquid-water ocean hit about 3.4 billion years ago

Findings show that the 120-m-high waves advanced several hundred kilometers inland and left behind a network of channels as they washed back into the ocean.

According to the researchers, Mars climate rapidly cooled after the first tsunami event and a second shoreline formed when the ocean waters receded because of icy climate.

When the waves of the second tsunami triggered by the meteorite which struck several million years later in that cold epoch reached the farthest points inland, they froze before they could head back, forming rounded lobes of ice.

Researchers interpret these formations as signs showing that Mars Ocean were partly frozen, with the shapes of lobes suggesting briny waters.

Alexis Rodriguez of the Planetary Science Institute at Tucson points to the presence of ocean sediments and water soluble minerals in the frozen ponds filled with ocean waters.

Co-author Alberto Fairén, the visiting scientist at Cornell University and lead investigator at the Center of Astrobiology in Madrid, points out that cold briny waters would be a refuge for life at extreme conditions, since salt content would prevent water from freezing easily.  “If life existed on Mars, these icy tsunami lobes are very good candidates to search for biosignatures" he said.