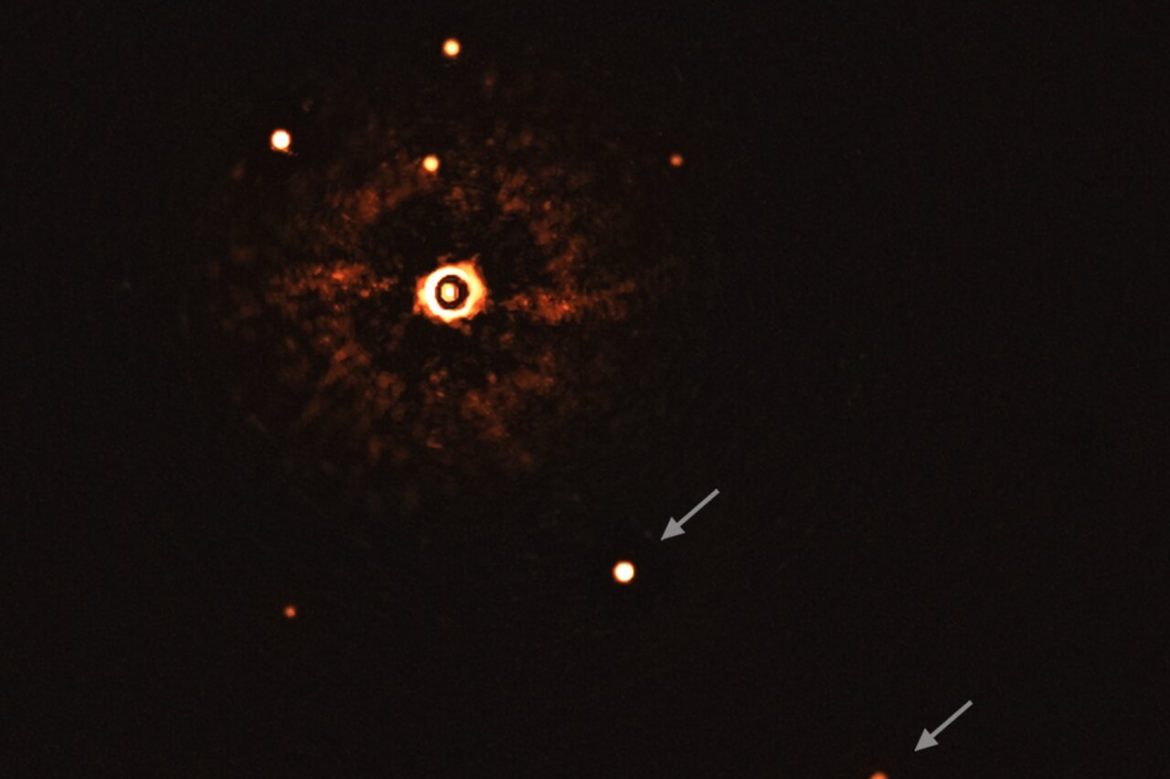 The European Southern Observatory’s Very Large Telescope (ESO – VLT) recorded the first direct image of a young, sun-like star with its two giant planets. Named TYC 8998-760-1, the star is part of the constellation Musca, about 300 light-years from us. The family of planets, only 17 million years old, is considered quite young compared to our 4 billion-year-old solar system.

Images of systems with multiple exoplanets are extremely rare, and the astronomers have not been able to directly observe multiple planets orbiting a sun-like star, until now. These observations can help astronomers understand how our planet formed and developed around our own sun.

The orbits of two newly discovered gas giants are at distances 160 and 320 times the Earth-Sun distance from their host star. These are both more than the distance of the Sun from Jupiter and Saturn, the two gas giants of our system. The researchers also found that these two planets are much heavier than those in our Solar System, with the inner one having 14 times Jupiter’s mass and the other one six times.

These images were captured by VLT’s device called SPHERE, in Chile. SPHERE uses a system called the Coronagraph, which blocks the bright light from a star, making it possible to observe much fainter planets. While older planets like those in our Solar System are too cool to be found with this technique, younger planets are much warmer and therefore glow brighter in infrared light. The research team confirmed that the two planets are part of the star system, taking several images over the past year and using old data up to 2017.

This family of extrasolar planets can provide new insights into how stellar systems can form, and as with many other extrasolar discoveries, this discovery will allow us to evaluate scenarios we hadn’t thought of before.