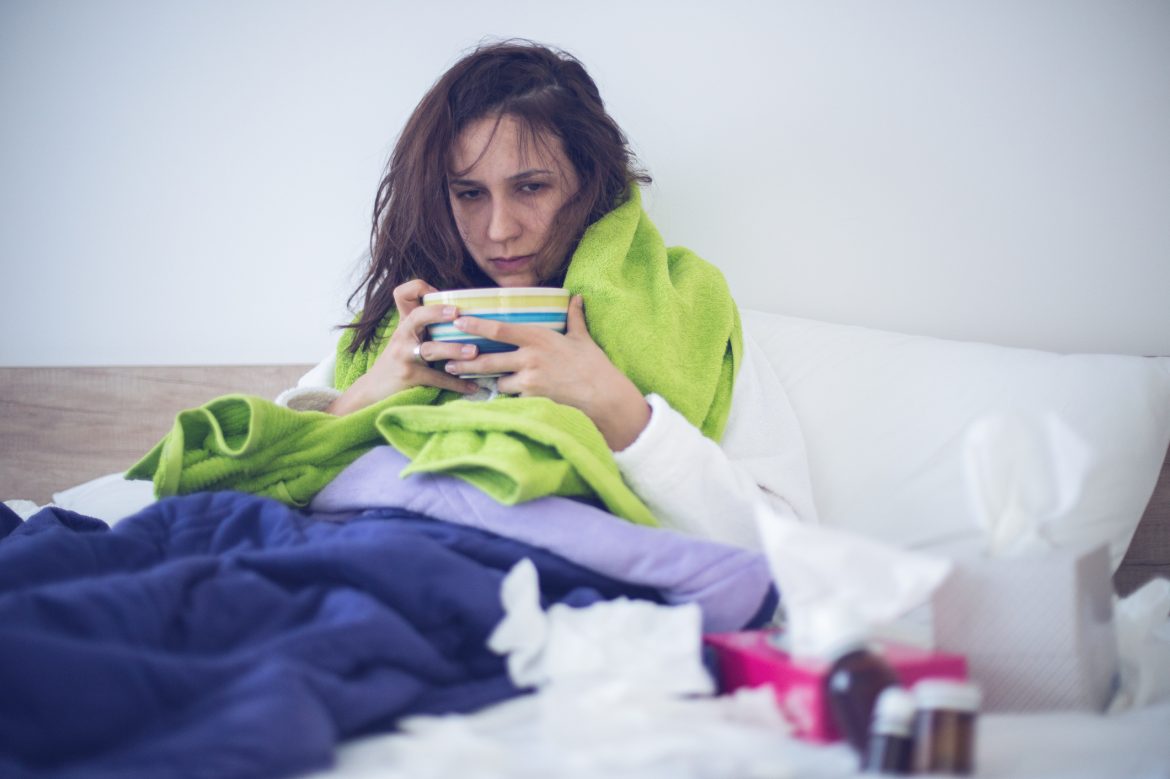 According to a recently published research article in Health Psychology, perceptions of loneliness affects the severity of these cold symptoms. Putting subjects through a “viral challenge,” lead author Angie S. LeRoy and colleagues examined whether feeling lonely is a risk factor for experiencing cold symptoms.

Researchers studied 159 people (approximately 60% males) between the ages of 18 – 55. For this experiment, the participants completed psychosocial measures (Depressive affect, Short Loneliness Scale, measuring perceived loneliness and Social Network Index, measuring participants’ social network size and diversity) and biological assessments before they were given nasal drops containing a common cold virus (RV-39). They were then quarantined at a hotel for 5 days and monitored for development of cold symptoms.

Analyses of psychosocial measures and subjects’ self-reported cold symptoms indicated that lonely people were as likely as their less lonely counterparts to get infected with the cold virus. However, lonelier patients reported experiencing more severe symptoms after getting the infection. Participants’ social network size and social network diversity, on the other hand, were not associated with cold symptom severity.

Study authors suggest that “Specifically, loneliness may be an important risk factor for suffering from cold symptoms after getting infected.”

The dictionary defines loneliness as feeling sad due to absence of friendly companionship. However, psychologists unpack the word in a more complex manner, outlining the emotional hurt associated with feeling lonely. According to the scientific community, loneliness is “an aversive psychological state in which a discrepancy exists between a person’s desired and achieved quality of social relationships.” In other words, a person feeling lonely may be surrounded by people yet fail to form a deeper connection with them – or any one person.

LeRoy explained that, “You can be in a crowded room and feel lonely. That perception is what seems to be important when it comes to cold symptoms.”

Next time you are fighting a cold, monitor your symptoms. If you feel like they’re getting worse, think about your relationship with friends and family and make sure you seek emotional support.