Skip to content
Homepage Psikoloji Why Joy Brings up Tears? 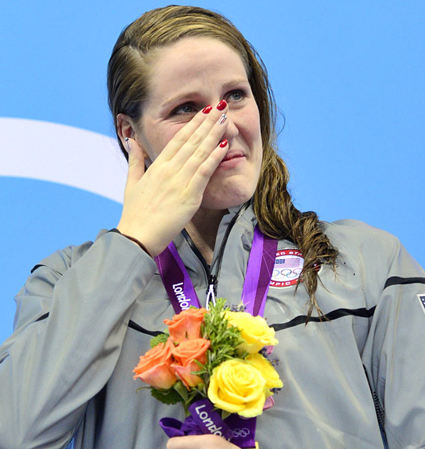 Why Joy Brings up Tears?

Olympic gold around neck … Standing on No.1 place on the rostrum … Deafening applause from packed stands … Nation’s flag goes up to the tunes of national anthem …

… And she bursts into tears. But why? Isn’t crying is a physiological reaction to such negative stimuli as grief, disappointment, frustration or physical pain? Yet, we can often see tears dropping down cheeks in opposite settings. There’s no shortage of occasions when tears are shed out of joy: Spouse or mom embracing soldier back from front; screaming girls in pop star’s concert, player after scoring the winning goal in the final – triggering the accustomed “I want to cry!” from the announcer providing live coverage.

Psychologist Oriana Aragon from Yale wondered the reasons behind the negative reactions to positive experiences.The conclusion of the study to be published in the journal Psychological Science is that it is a way for people to reastablish their emotional balance after a surge of excitement. “They seem to take place when people are overwhelmed with strong positive emotions, and people who do this seem to recover better from those strong emotions.” Aragon says.

In the study, Aragon and her team arranged scenarios similar to those mentioned above to observe the reactions of participants to cute babies or scenes of reunion. Results showed that people displaying signs associated with negative reaction to positive news could tune down intense emotions more easily. Those who could cry more readily at their kids’ graduation ceremony, also appeared habitual cheek pinchers.

The mechanism seems to work also for the opposite circumstances, as can be seen in nervous laughter from people in difficult or frightening situations, or the shadow of a smile which sometimes crosses an aggrieved face.

“These insights advance our understanding of how people express and control their emotions, which is importantly related to mental and physical health, the quality of relationships with others, and even how well people work together,” Aragon says, summing up the significance of some things we do but do not care to ask “why?”