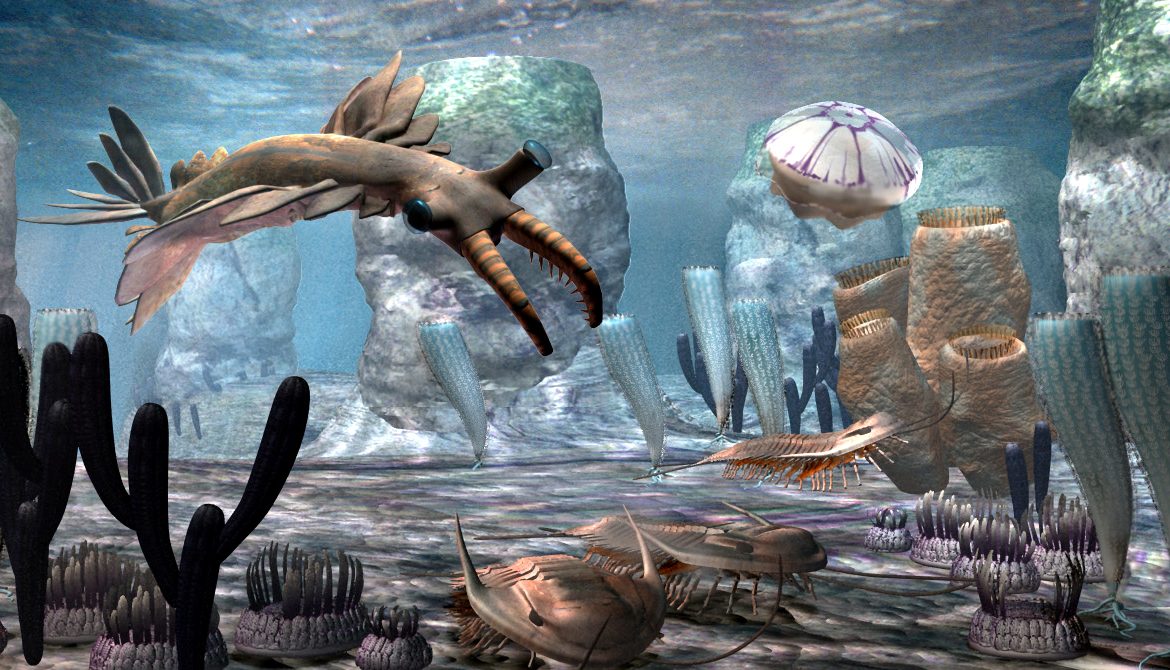 The sudden and inconceivably rapid proliferation and diversification of life forms some 530 million years ago is dubbed the Cambrian Explosion by paleontologists. It was known that the multi-cellular, hard skinned animals of myriad shape, the forebears of today’s fauna , had evolved on beds of shallow seas. Not known, however, was the underlying cause of this sudden explosion in numbers and variety of the ancestral life forms.

variety of the ancestral life forms.

Now, Ian Dalziel of the Jackson School of Geophysics of the Texas University in Austin, has come forth with a possible solution for the riddle. In the study published in the journal  Geology, Dalziel has proposed that a major tectonic event could have set in motion the events that led to the Cambrian Explosion. Basing the proposition on geologic evidence harvested from North and South America, Africa, Australia and Antarctica, the researcher identifies the rising sea levels as a main cause although he allows for the possible and likely contribution of other factors as well.

As for the cause of the sea rises, he points to a deep trough linking the Pacific Ocean in the Northern Hemisphere and Iapetus Ocean in the south, the ancestor of the present- day Atlantic, which opened as a consequence of the massive tectonic event which manifested itself with the separation of Laurentia, the big chunk of land that would become north America, from the supercontinent Gondwana which had assembled mainly in the Southern Hemisphere. Rock samples from all the present-day continents show that North America was not connected to Europe and Africa as widely believed, but to Antarctika and parts of South America at the start of the Cambrian period, Dalziel asserts. .

Besides the availability of shallow seas amenable to the development life with the invasion of coasts of what would be today’s continents by the ocean waters raised by the movement of the Earth’s crust, geological and geographical changes may have led to the accumulation of oxygen in the atmosphere and changed the chemistry of oceans, thereby creating favorable conditions for the proliferation and diversification of life forms according to the researcher.

Dalziel concedes, however, that further studies are required to nail these paleogeographic events as the root cause of the sudden sprouting of multi-celled life in all its variety.