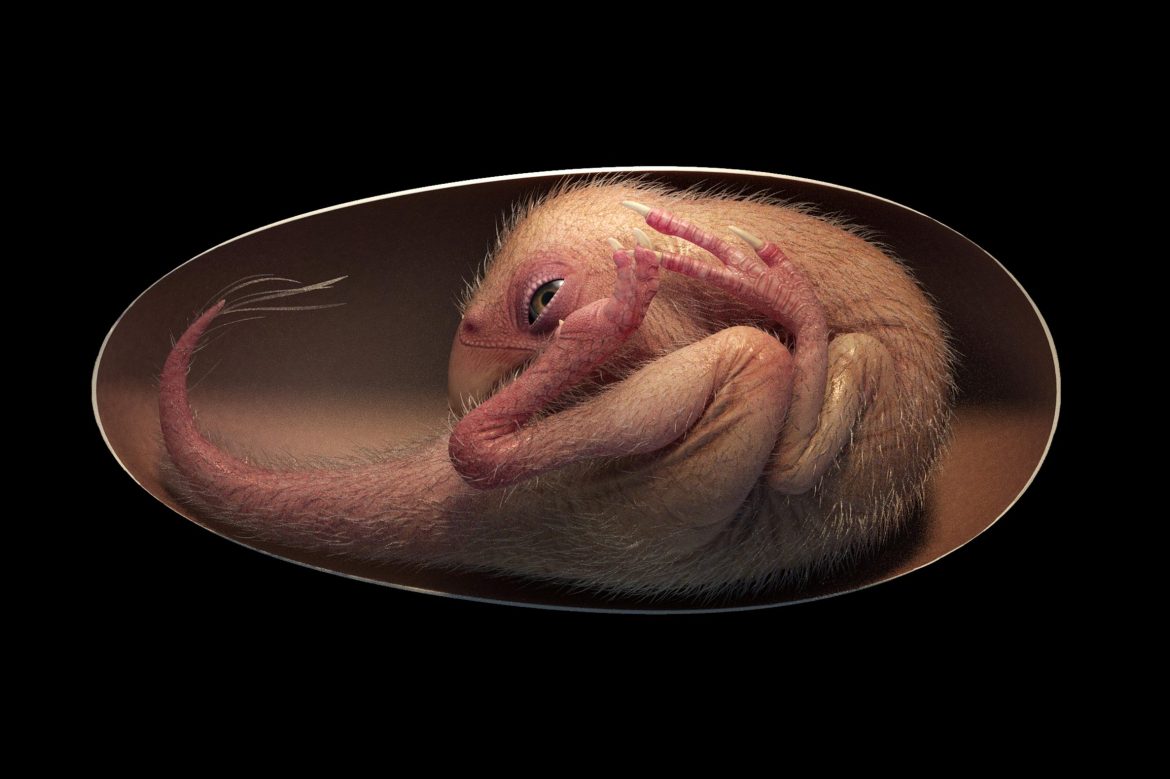 One of the world’s best preserved dinosaur egg fossils has been found in Ganzhou, in southern China. The discovery, stunning many paleontologists worldwide, was actually unearthed in 2000, but only caught the attention of researchers during the rearrangement of ancient after construction work began in the museum. And so, it was put under further investigation.

The egg is thought to belong to a toothless theropod dinosaur, or an “oviraptorosaur” –meaning, egg-stealing lizard. These creatures are thought to have lived in the Late Cretaceous period (between 72 and 66 million years ago) on the landmass that makes up today’s Asia and North America. The embryo, dubbed the Baby Yingliang, is important for several reasons.

First of all, it is among the most complete dinosaur egg fossil ever found. Fion Wasium Ma, joint first author and Ph.D. researcher at the University of Birmingham said “Dinosaur embryos are some of the rarest fossils and most of them are incomplete with the bones dislocated. We are very excited about the discovery of Baby Yingliang—it is preserved in a great condition and helps us answer a lot of questions about dinosaur growth and reproduction with it.”

Oviraptorosaurs were feathered theropod dinosaurs closely related to modern birds. Although they lacked teeth, they probably had a diet mixed in carnivorous and herbivorous nature. If baby Yingliang could have hatched, he would have been 27 cm tall. But now, it sits inside a 17 cm long egg, in a position similar to that of a chicken embryo.

This brings us to another important point: Its position inside the egg is strikingly similar to that of modern birds. Thus, it provides further strong evidence that modern-day birds inherit many evolutionary traits from their ancestors, dinosaurs. The embryonic posture, with its head laying below the body, with the feet on both sides, and the back curled up along the blunt end of the egg, is quite different from that of known dinosaur egg fossils. This posture, which we are accustomed to in birds, is controlled by the central nervous system and is critical for a successful hatching process. This was previously thought to be an exclusively avian trait.

Steve Brusatte from the Edinburgh University states that this is one of the most beautiful fossils he has ever seen, and that it proves many features of modern birds are indeed inherited from their dinosaur ancestors.