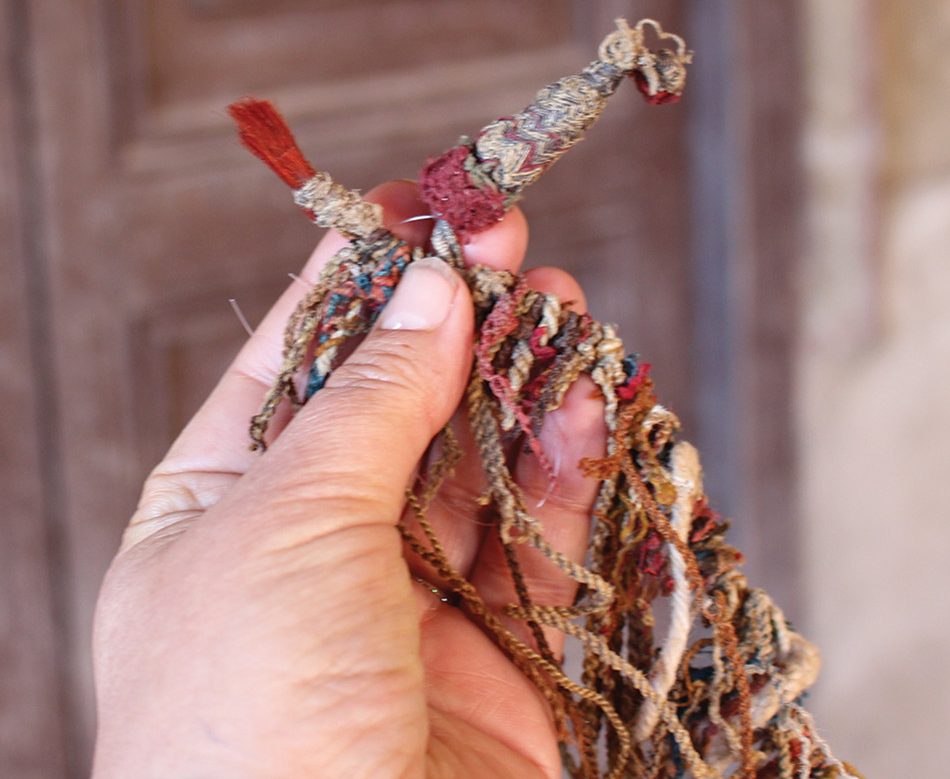 The mysterious and interesting South American civilisation also had a slightly peculiar alphabet. It consisted of “khipus”, twisted cords made of colourful animal hair. Until now, researchers have thought that these twists were used to record numerical accounts. As it turns out, they were just as linked to narratives.

Findings of Dr. Sabine Hyland, an anthropologist at the School of Philosophy, Anthropology and Film Studies at the University of St Andrews were recently published in Current Anthropology. Dr. Hyland’s discovery will assist in enlightening the unknown aspects of this civilisation, which reigned between 12th-16th centuries.

Khipus is quite similar to the logosyllabic system of Mayan civilisation and uses each logo (a single khipu, in this case) to represent one phonetic syllable. Dr. Hyland has been able to decipher two lineage names on the khipu so far.

To the best of our current knowledge, khipus is known to contain 95 different symbols. At the end of each khipu, there are three-cord sequences of distinct colours, fibres and ply direction. By doing so, the inscriber creates a somewhat three dimensional text. And the reader should feel these textures by hand to distinguish the fibre sources and understand what the text is telling.

Each culture and community has a different way of expressing themselves, and Incas clearly had a very special way of doing it.