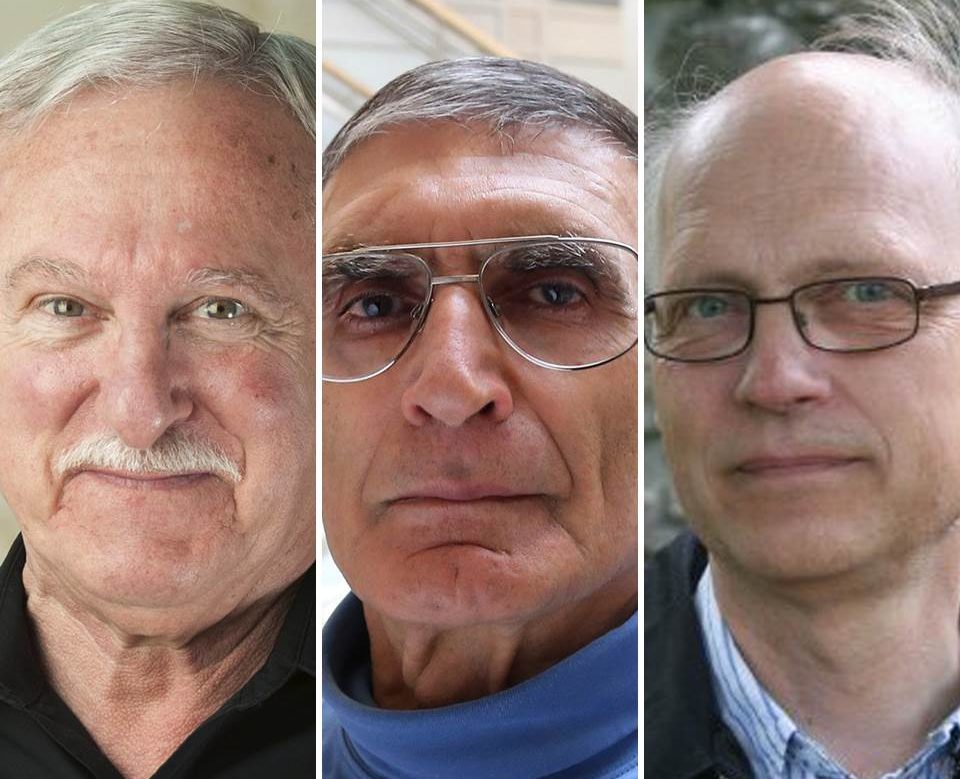 Election rhetoric, slumping economy and flared-up fighting in the east did not prevent an outpour of joy over the news of the first Nobel Prize for a Turkish scientist, which came as a long-overdue morale booster for the public. News media and TV channels devoted wide coverage to the awarding of the 2015 Nobel Prize for Chemistry to Aziz Sancar, a Turkish biochemist at the University of North Carolina, along with Sweden-born Tomas Lindahl (Crick Institute, UK) and Paul Modrich (Duke University, U.S.). The coveted honour was not the first for the country, with novelist Orhan Pamuk bagging the 2006 Literature Prize. But a “science Nobel” had remained an elusive benchmark in the nation’s psyche for decades as a symbol which would serve as confirmation of Turkey’s progress.

His Nobel-winning work unraveled the mechanism of the “nucleotide excision repair”, which cells use to mend damage the UV light causes to DNA.  Nucleotides are subunits making up the strands of DNA.

Lindahl was honored for his work showing how the cells staved off rapid decay of the inherently unstable DNA molecule through “base excision repair”, by cutting off and replacing erroneous alignments of bases, which are different sugars generally described  as “letters of the genetic code”, whose different combinations make up nucleotides in the DNA strands. Modrich, meanwhile, described the way cells prevent DNA damage during cell division through “mismatch repair”, eliminating faults during DNA replication.

Two physicists, one from Japan and the other from Canada for solving a perplexing mystery of neutrinos, the ethereal subatomic particles, which had eluded an explanation for decades.

Takaaki Kajita of Super Kamiokande Neutrino Observatory in Japan and Arthur B. McDonald, the Director of the Sudbury National Observatory in Canada, showed that neutrinos were switching identity between types, which helped explain the mismatch between the theoretical predictions about their numbers and the experimental results.

Neutrinos are fundamental particles which only very rarely interact with ordinary matter. According to theoretical models, neutrinos can pass through a light year-long (about 10 trillion kilometers) block of lead without being disturbed. So they whiz through the Earth from one end to the other as if it was empty space. Fusion reactions at the core of the sun produce them at immense numbers. Billions of neutrinos pass through every square centimeter of our bodies each second.

According to the Standard Model, the main theory of the particles and their interactions in the subatomic world, there are three types of neutrinos, these being the electron neutrino, muon neutrino and the tau neutrino arranged from lighter to the heavier. The fusion of hydrogen nuclei in the sun’s core to form helium, the main reaction producing the energy which keeps the star stable, produces electron neutrinos in bulk. But the numbers of the few neutrinos which get snared in the water-filled subsurface traps were showing that those arriving at Earth were making up only a third of what the models say they should.

The new Nobel laureates were honoured for explaining this problem of missing electron neutrinos: They were switching identity into other types and eluding detection because the existing observatories were not equipped to detect them. Since this identity switch requires particles to have mass, neutrinos, for long thought to be massless, were credited with tiny amounts of mass.

Researchers from the U.S., Japan and China shared this year’s Nobel Prize for Physiology or Medicine for dedicated their lives to fight with some fatal or debilitating illnesses affecting hundreds of millions of people in the developing world caused by parasites of roundworms, developing cures for river blindness and malaria.

Half of the prize was divided between  William Campbell of Drew University (U.S.) and Satoshi  Omura of the Kitasato University in Japan, for developing the avermectin family of drugs with compounds isolated from soil bacteria, thus opening the door for the cure of river blindness and serious deformities called lymphatic filariasis caused by parasitic roundworms. A pill called Ivermectin given to some billion people, reportedly prevented 500,000 from going blind.

Chinese pharmacologist Youyou Tu, who took the other half, made use of Chinese traditional medicine texts to develop the drug artemisinin based on compounds from the sweet wormwood,  which radically reduced deaths from malaria which affect hundreds of millions of people.