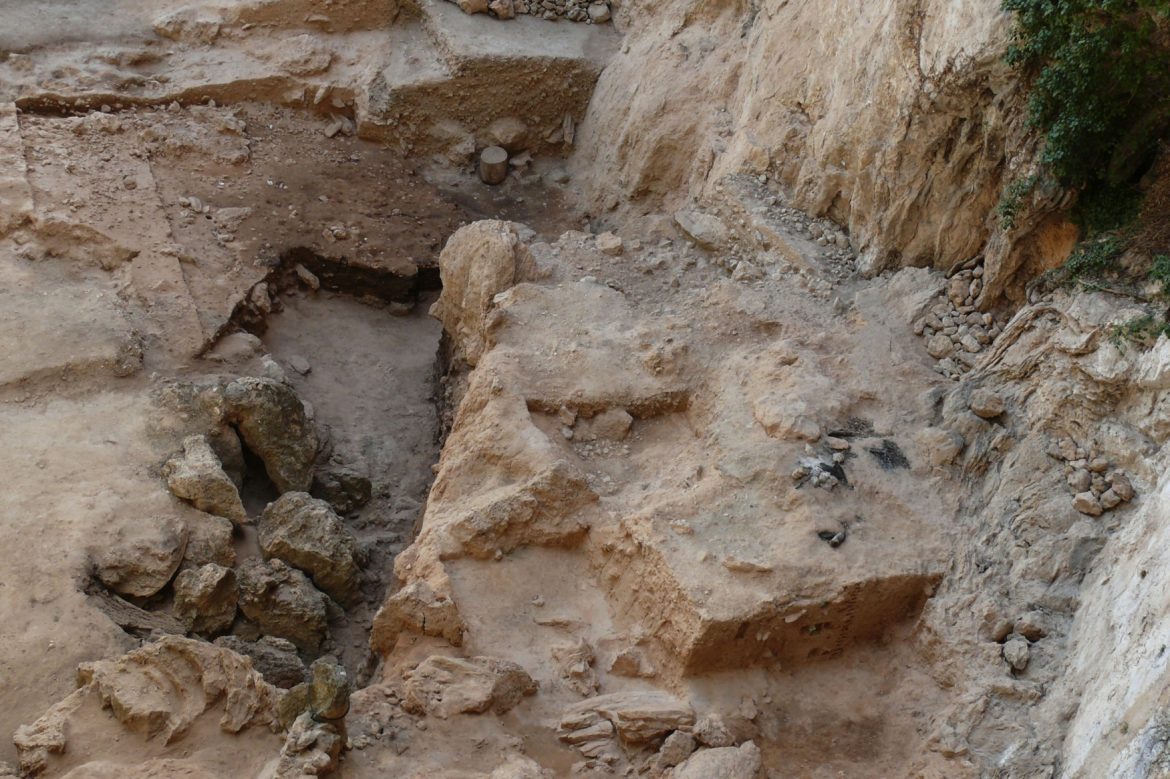 Analysing what is believed to be the so-far-oldest human feces, researchers tabled evidence showing that contrary to the widespread belief, the Neandertals who went extinct with the arrival of modern humans did not subsist solely on meat, but their diet included a sizable ratio of plants and vegetables.

The Neandertal man, or Homo neandertalis (who owe the name to the Neandertal valley in Germany where the first fossils of the species were discovered) inhabited large swathes of northern Europe and Asia as well as the Middle East between 230.000 and 30.000 years ago after departingt from Africa, but suddenly disappeared from the scene after another mass exodus from Africa,  this time of Homo sapiens, our modern ancestors.

For a long time, it was believed that Neandertals relied on an exclusive diet of meat to keep up their turbo metabolism evolved to  cope with frigid temperatures of their ranges. Signs of butchery on the fossilized animal bones as well as hunting and meat-processing artifacts unearthed at Neandertal sites, together with traces of carbon, nitrogen and other chemicals identified on fossil teeth, appeared supporting this view. Some theories even associated the disappearance of Neandertals with the extinction of megafauna, their staple, because of overhunting.

Although recent findings of specific starches on the fossil teeth found at Neandertal sites in present-day Belgium and Iraq revealed that plants, fruits  and tubers were also included in their routine intake, and those in Iraq consumed roasted barley, the Neandertals in cooler climates were nevertheless believed to have kept diet predominantly consisting of meat.

Now, however, a study carried out by geoarchaeologist Ainara Sistieaga of the La Laguna University and geobiologist Roger Summons of the Massachusetts Institue of Technology, shows that the diet of these extinct people contained a sizable measure of vegetables alongside meat.

Making use of a powerful method to detect contamination of drinking water by feces material, the researchers analysed the sediments containing fossilised human feces at the archaeological site of El Salt in Spain, where Neandertals once inhabited. The samples, dated to 50.000 years ago, are the so-fa-oldest human coprolites (fossilised feces).

Findings, published online at the open-access journal PLOS ONE on June 25, reveal that although meat dominated as expected, the Neandertal diet contained also included a bigger ratio and a larger variaty of vegetables than so far believed.

What leads the researchers to this judgment is the identification, alongside the by-products of bacterial decomposition of cholesterol in the human gut, of the chemical signatures of metabolism by-products of cholesterol-like lipids found in plants. The samples were found to contain a good portion of plant stereols which attest to vegetable consumption, besides cholesterol and its decay-product coprostanol, which are signatures of meat intake.

As for the doubts expressed by some other researches as to the human origin of the feces samples, Sistiaga and Summons point out that the guts of other carnivores as lions and wolves do not convert cholesterol to coprostanol like those of primates. Besides, they say, no other primate fossils were discovered in the area while the shape of the feces lumps and the parasites in the ground leave no doubt that they were  of human origin.