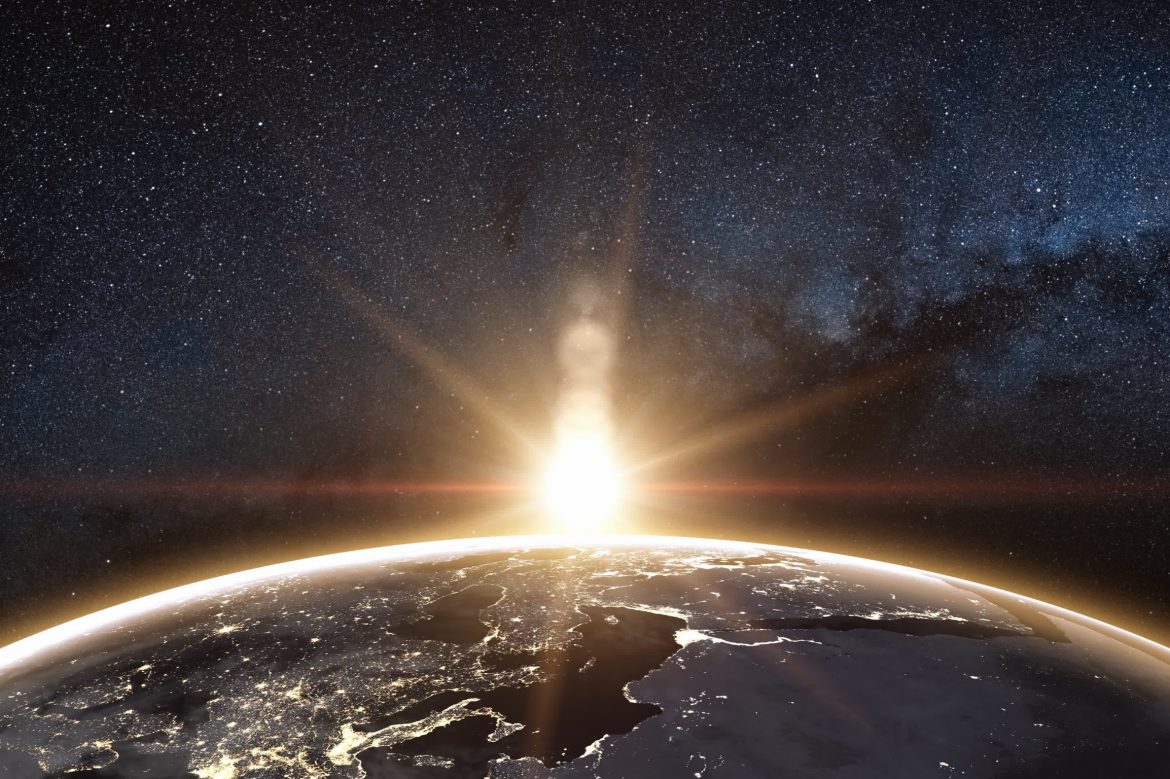 Scientists have recorded the Earth’s shortest day since they began using atomic clocks that provide high precision. On June 29, 2022, Earth completed one spin around itself in less than 86,400 seconds, or 1.59 milliseconds less than 24 hours.

In general, the Earth’s spin slows down over long periods of time. With each passing century, it takes the Earth around a few milliseconds longer to complete one spin (1 millisecond = 0.001 seconds). However, within this general pattern, Earth’s spinning speed shows fluctuations and the time it takes for the Earth to complete one spin increases or decreases by a fraction of a millisecond every day. Earth has come to spend less and less time completing one spin, which means the days are getting shorter.

In December 2020, scientists announced that Earth had lived its shortest 28 days in that year since the 1960s when scientists began measuring the length of a day with atomic clocks. Among these, July 19 (2020) was the shortest day with one Earth spin taking 1.47 milliseconds less than its normal 24 hours. But now, this record is broken.

Several ideas try to explain the cause of these slight differences in the spin speed of Earth. One is the wobble that our planet experiences as a result of density differences in its structure because it is not a perfect sphere. The normal amplitude of this phenomenon, known as the “Chandler wobble”, is a few meters at the Earth’s surface, although it was not observed between 2017 and 2020.

The speed differences may also be related to processes in the planet’s inner or outer layers, oceans, tides, and even its climate.

Understanding the complex planetary motions of Earth may take some time, especially when long-term cycles are in question, but fortunately, most of the effects of these variations are negligible. If there is too much or too little difference that accumulates over months or even years, this difference can be added or subtracted from the official time and date.