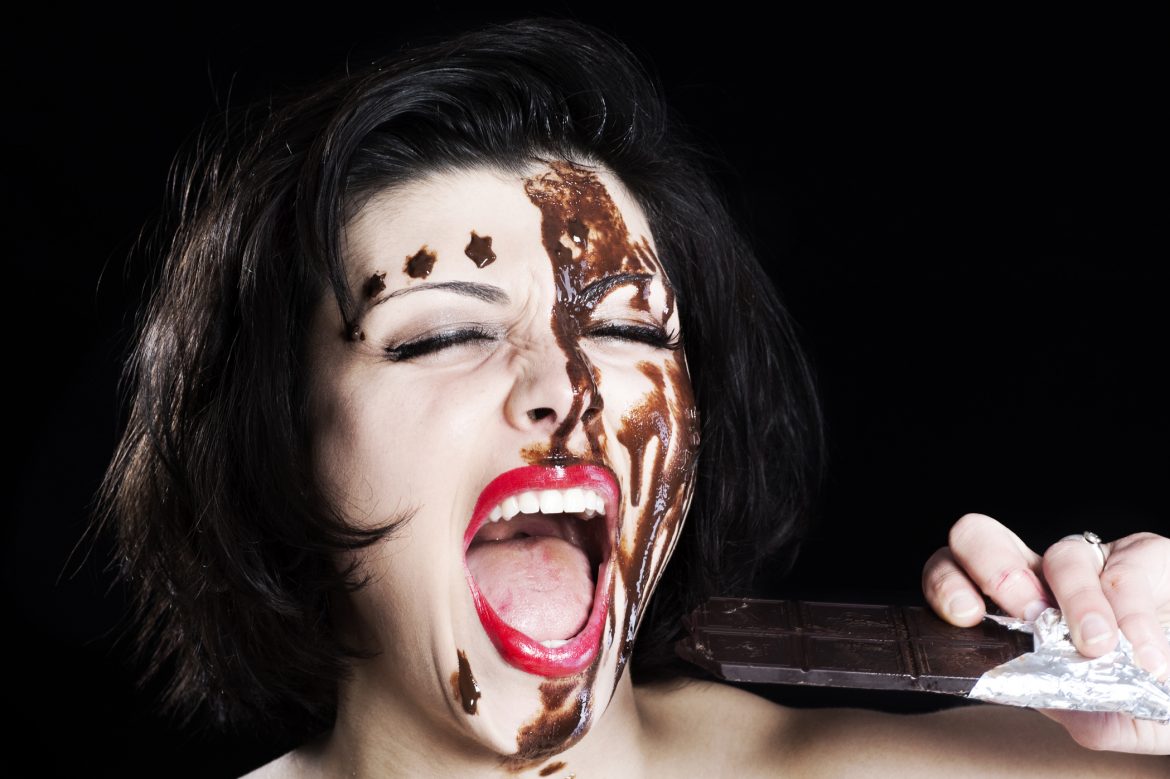 The Surprising Reason Behind Your Chocolate Craving

Do you find yourself automatically salivating while scrolling through a foodie’s Instagram account? Do you feel an urge eat chocolate right after watching a commercial about it on TV?

A study published in the Journal of Consumer Psychology suggests that people’s patterns of thinking influence their reaction to advertisements for food. Holistic thinkers, as the researchers explain, see objects as interconnected. They prefer to think in context-dependent ways. Analytical thinkers, on the other hand, see objects as independent of each other.

In their first study, assistant professor Dustin Harding from Utah Valley University and colleagues had participants view an image of a chocolate bar either in a movie theatre or against a solid grey background. Holistic thinkers salivated more than analytical thinkers when they saw the image in the context of a movie theatre. Salivating meant that the participants craved that food more. However, there was no difference in craving between the two types of thinkers when the image was seen against a solid background.

Harding and his team did another study to find out whether advertisements for unhealthy food options influence how consumers rate their cravings. The researchers had one group of participants view an arugula pizza (healthy) or cheese pizza (unhealthy) in a pizzeria or against a white background. Another group of participants viewed taco salad (healthy) or a burrito (unhealthy) either in a Mexican restaurant or against a plain white background.

The investigators observed that holistic thinkers of the group were more likely to crave the unhealthy food options when they were shown in the context of a restaurant. They were also more likely to want to buy them.

The results suggest that analytical thinkers are more likely than holistic thinkers to objectify the foods they see on ads.

According to Dustin Harding, “Consumers could become more aware of their thinking styles and make informed choices” by avoiding ads that make them crave foods that are especially unhealthy.

Will you pass the craving test? Watch the video to find out if you think holistically or analytically.