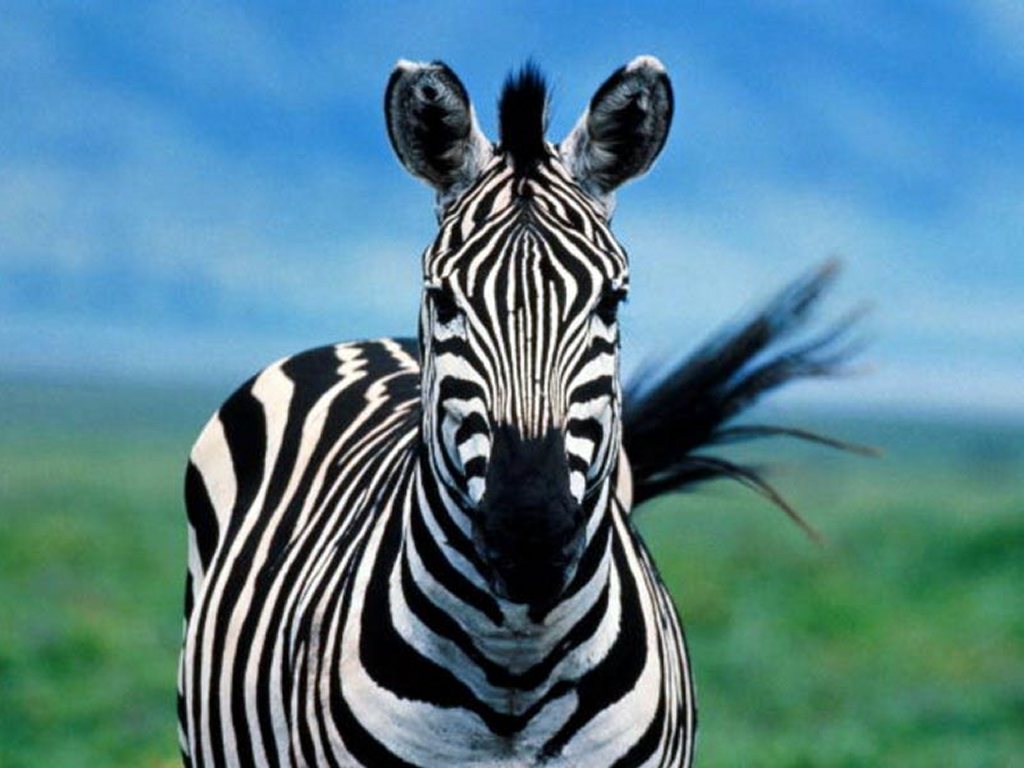 The Secret of Zebras’ Odd Wardrobe

Zebras’ taste for striped suits has long been a source of curiosity for scientists, with the phenomenon alternately explained as the need for camouflage, ability to disrupt attacks from predators by confusing their vision, as a heat-regulation mechanism, serving social functions and avoiding painful bites from ectoparasites like horse flies.

Now, a recent work by a University of California, Davis, team published online in Nature Communications on April 1, seems to have settled the debates. Based on observations in Africa, the team has concluded that these animals chose their garb to keep the biting pests like the horseflies and tsetse flies at bay, confirming earlier experimental results.

If you have got acquainted with one, say, at a lakeside picnic or a stroll along a brook, surely you have a better idea of the need for protection, particularly for animals who cannot wield swatters. For the horsefly species from the Tabanid family have not earned their reputation for nothing. A bite with their powerful and razor-sharp mandibles leaves mammals of hooved or bipedal varieties with a memory not easily erased. Females of most Tabanid species require a blood meal to be able to reproduce effectively. Those with long mouthparts suck blood after inserting their long proboscides. Bites of short proboscis species, however, are particularly painful as they use their knife-like mandibles to rip or tear apart the flesh to access the blood.

The horseflies are sensitive to horizontally polarized light; since thus they can easily spot pools of water (which horizontally polarize incident light) where they can breed and lay their eggs, ensuring that their larvae will fall to the water, mud or moist ground where they feed on abundant invertebrates like snails, earthworms and other insects. Bloodsucking females, however, are also sensitive to linearly polarized light reflecting off the skins of grazing animals.

To determine the hide colors which attract horseflies most, a team of Swedish and Hungarian researchers conducted a series of experiments in a horsefly infested farm near Budapest in 2012, discovering that dark-and-white striped sheets (treated with glue) collected least number of horse flies, compared to the all-dark (favorite) and white ones. Then, varying the pattern and width of the stripes, they found out that narrower the stripes, the least attractive they are to the bloodthirsty Tabanids.

Results of the experiments correlate well with observations in Africa where findings show that zebra stripes evolved to protect the animals from nasty bites of horseflies. Noting that zebra embryos develop with dark skin and acquire their stripes just before birth, the researchers conclude that zebras have evolved a hide pattern with narrow stripes which is least attractive to the Tabanid flies.  The reason, apparently, is the high selection pressure in African savannah for striped hide patterns for protection against bloodsucking ectoparasites.

But why only zebras went for striped suits while animals with dark hides which linearly polarize light that attract the pests kept to theirs? This time the American researchers provide the answer: hairs on Zebra hides are shorter than the mouthparts of Tabanid flies, making them more vulnerable to bites.