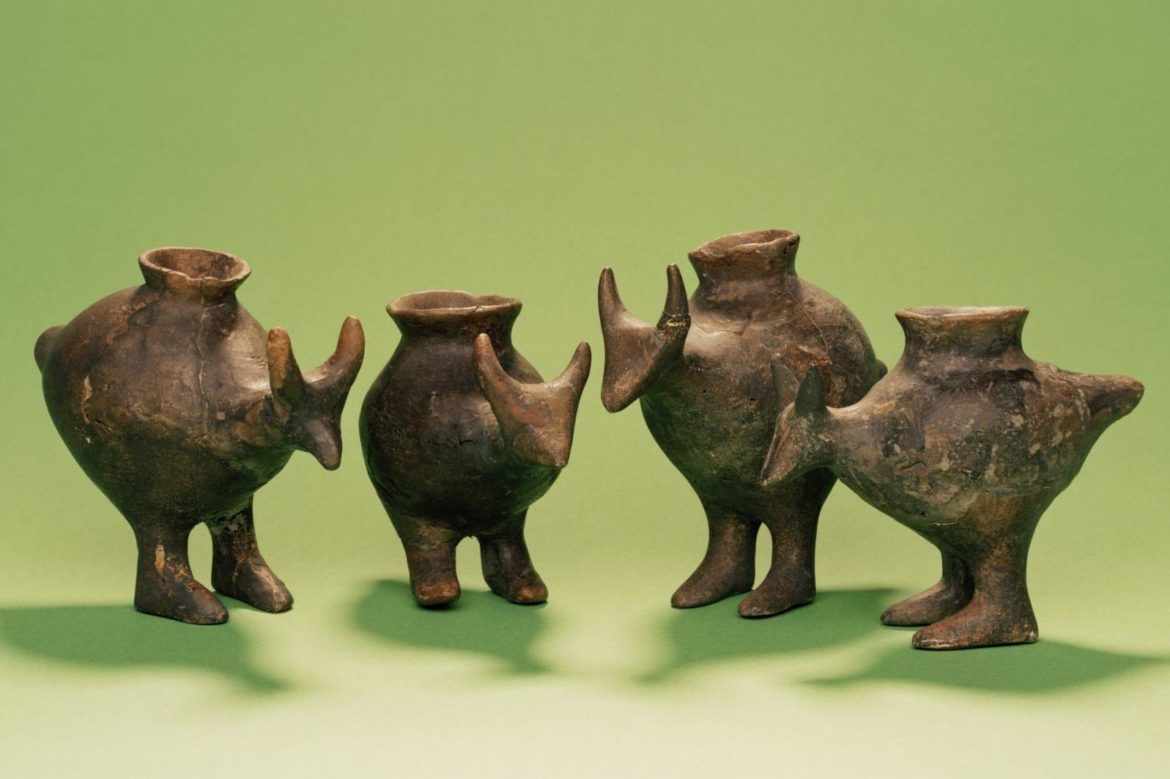 Archaeologists finally figured out the purpose of little ceramic pots they have constantly been digging out during excavations in all over Europe: baby bottles used for weaning babies with milk!

Chemical analysis of the residues in three little ceramic containers excavated at the Bavarian region of Germany shows that babies have been drinking milk from baby bottles for at least 3,000 years. Some other similar examples date back to 5000 BC, becoming more and more common throughout the Bronze and Iron Ages.

Some of the small ceramic vessels, which have small openings at the top and even smaller sprouts, are adorned with geometric shapes or animal figures. They are usually the size that can fit easily in an adult’s palm. Even though archaeologists found them frequently in infant graves, exactly what purpose they served was an unknown.

With the help of molecular techniques and isotope analysis, researchers found fat residues from sheep, goat and cow milk in these bottles. This is an important piece of data about the community life of prehistoric people, and it also reveals the role of domesticated animals in nutrition.

The analysed samples were dated back to between 1200 BC and 450 BC.

According to the findings, babies born between the Neolithic Age and the Iron Age are thought to be given supplementary foods at six months, until the ages of two and three. In earlier hunter-gatherers, babies were breastfed for about five years. As the breastfeeding period shortened, the fertility of women increased.

When migratory lifestyles gradually finished with agriculture and consequent increase in the food supply, this provided better nutrition and led to a rapid increase in the human population.

Experts explain that it is not possible to get the nutritional value of breast milk only from animal milk, and thus the studies should continue in order to learn the benefits of baby bottles to infant health. Perhaps, this was a method used only in emergencies where infants were unable to get breast milk from their mothers.

Baby bottles usually found in the graves of infants who died at early age, took their rightful place in the archaeological literature as one of the rare findings showing the love and affection of prehistoric mothers to their children.