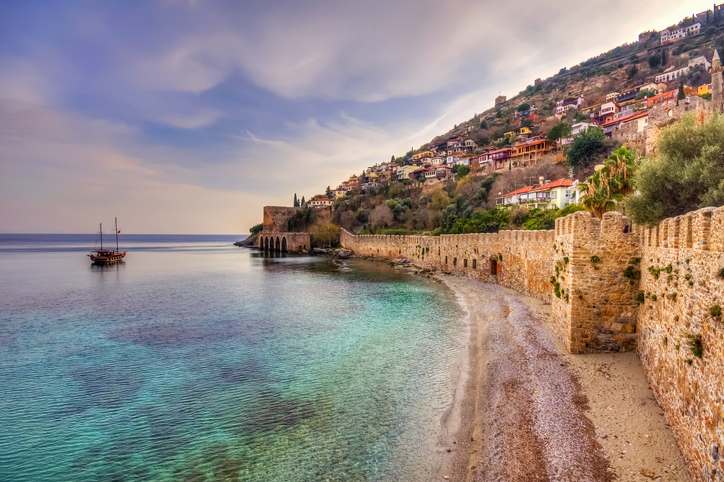 The Mediterranean Can Swallow Its Own Heritage

Rising sea levels as a result of global warming threatens the future of many species. We also talk about the possible economic consequences of global warming. But there is also another facet of it, involving the historical heritage areas. Mediterranean basin has witnessed the birth of many civilisations, fed and irrigated tens of them, and has been a cradle for their cultural and economic trades.

A study published in Nature Communications tells about the bitter fact that awaits this cultural and historical basin. According to the study, 80 percent of all “near water” sites in the UNESCO World Heritage list are at risk of erosion and coastal flooding. We are talking about 49 different locations including Rhodes of Greece, the Kasbah of Algeria, and Venice of Italy… When we add locations, not on the UNESCO’s list, the big picture gets quite grave. After all, you cannot substitute historical castles or harbours.

Simple suggestions, along with crazy ones…

Researchers do not only reveal the risk, they also propose possible solutions. One of these is to relocate the monuments to places higher from the sea-level. Sadly, this is not a realistic solution for archaeological and cultural settlements that stretch far and wide. Experts suggest more simple solutions for these sites, like sea walls. Besides, the Mediterranean history is not unfamiliar with sea walls.

There are also suggestions that are a little on the extreme, eccentric side. Venice already began their “door project” MOSE that is worth 6 billion Euros. The entire lagoon will be protected by a series of submerged mobile barriers along the lagoon inlets that will be raised during high waters of at least 1.1 m.