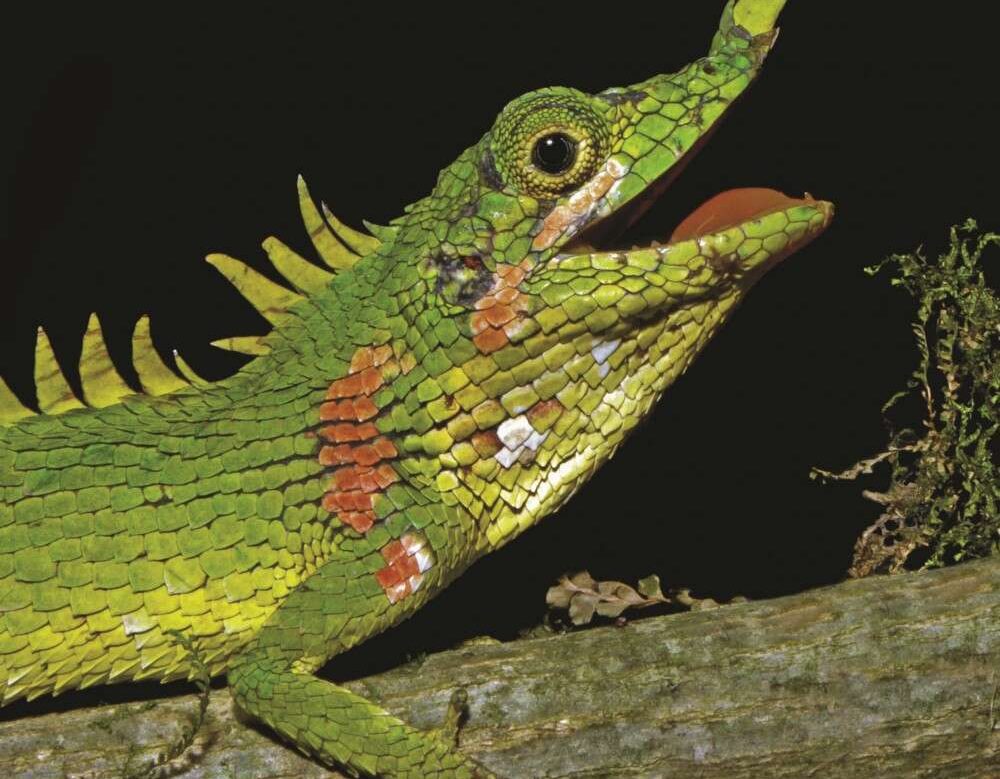 In the history of science, it is not uncommon for some species to vanish into thin air after being discovered for the first time. Some of the species, especially the ones introduced to the world by European explorers during expeditions they carried out with great difficulty but even greater ambition during the 16th century, are still represented only with the specimens captured in those first expeditions. The nose-horned dragon lizard (Harpesaurus modiglianii), discovered by the Italian explorer Elio Modigliani during his visit to Indonesia about 130 years ago, was also the only known specimen of its kind -until recently.

In 2018, wildlife biologist Chairunas Adha Putra went on a field trip to North Sumatra for birdwatching and while touring the mountainous area around Lake Toba, he encountered the lifeless body of a lizard with interesting morphological features. When he sent the specimen to herpetologist Thasun Amarasinghe, it immediately became clear that this was the only known nose-horned lizard species in North Sumatra. Amarasinghe excitedly asked Putra to look for an alive specimen, because this was most likely Harpesaurus modiglianii, the bizarre looking lizard discovered by Elio Modigliani in the 1890s, only to never be seen again. It must have been the famous nose-horned dragon lizard that was supposed to have become extinct.

Luckily, only five days later, Putra saw a live dragon lizard calmly lying on a low branch. He took photos, took measurements, and observed the lizard’s movements for a while.

In line with the data provided by Putra, it became clear that this was indeed Modigliani’s nose-horned lizard. The bright yellow-green dragon from the Agamidae family can be distinguished by a horn extending from its nose and protects itself with a brown-orange camouflage when threatened. This camouflage and its behavioural patterns on trees are similar to those of African mountain chameleons. 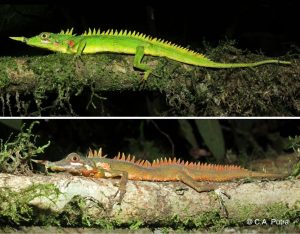 It is quite difficult to study dragon lizards as they live in a narrow habitat with restricted access. About 30 of the agamid species were never seen after they were first identified, and 19 of them are known from only one specimen. This is why Putra’s discovery is very promising. Since Modigliani dragon lizard was found outside the nature reserve, it is also threatened by the massive deforestation in the region. “Thanks to this discovery,” says Amarasinghe, “We can study it, understand its conservation needs, and hopefully implement conservation measures.”