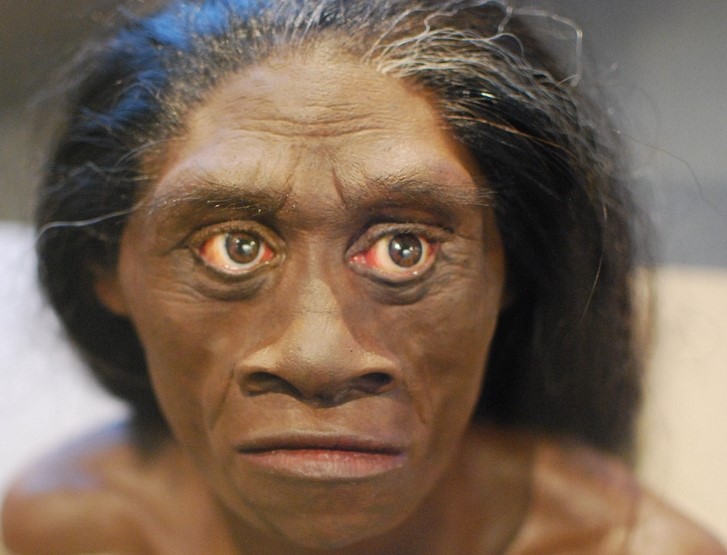 A newly discovered fossil mandible and teeth at the Indonesian island of Flores disproved some claims that a nearly complete skull and skeleton found on the same island 12 years ago belonged to a diseased modern human, clinching the case for a distinct, diminutive hominin species just 1 meter tall.

The human ancestor found in the Liang Bua cave at Flores and tagged as “Homo floresiensis”, had acquired fame in popular media as The “Hobbit” after the dwarf characters in J.R.R. Tolkien’s fantasy novel. But some anthropologists were objecting to the classification of the fossil, dated to 60.000 years back, as a distinct species, arguing that the undersized skull and bones could belong to a modern human suffering from a disease called microcephaly.

The new fossil specimens discovered by an international team of scientists at Meta Menge, 74 km from Liaang Bua and described in Nature, belong to a hominin who lived in the same island much earlier and were even smaller. The layer bearing the tiny piece of mandible and a few teeth was radio-dated to 700.000 years ago. The burst “wisdom tooth” on the mandible shows that the bone belonged to a mature individual. The new specimen is 20 percent smaller than that of the first Hobbit and has the dimensions of a mandible of a five-year-old modern child.

The researchers speculate that Homo floresiensis has descended from a Homo erectus hominin who had arrived on the island some 1 million years ago, likely swept by tsunamis from the nearby islands of Java or Sulawesi.

According to the researchers, scarce resources of a small island cause the species to shrink in size through a process called “island dwarfism”. Since the conditions select for smaller body dimensions, the species evolve smaller body sizes over hundreds of thousands years. The discovery of dwarf elephant fossils on the island is seen as a powerful evidence for this scenario.

Still, some anthropologists are seemingly reluctant to abandon their view that the fossil of the first Hobbit belonged to an individual with microcephaly before another skull is discovered.