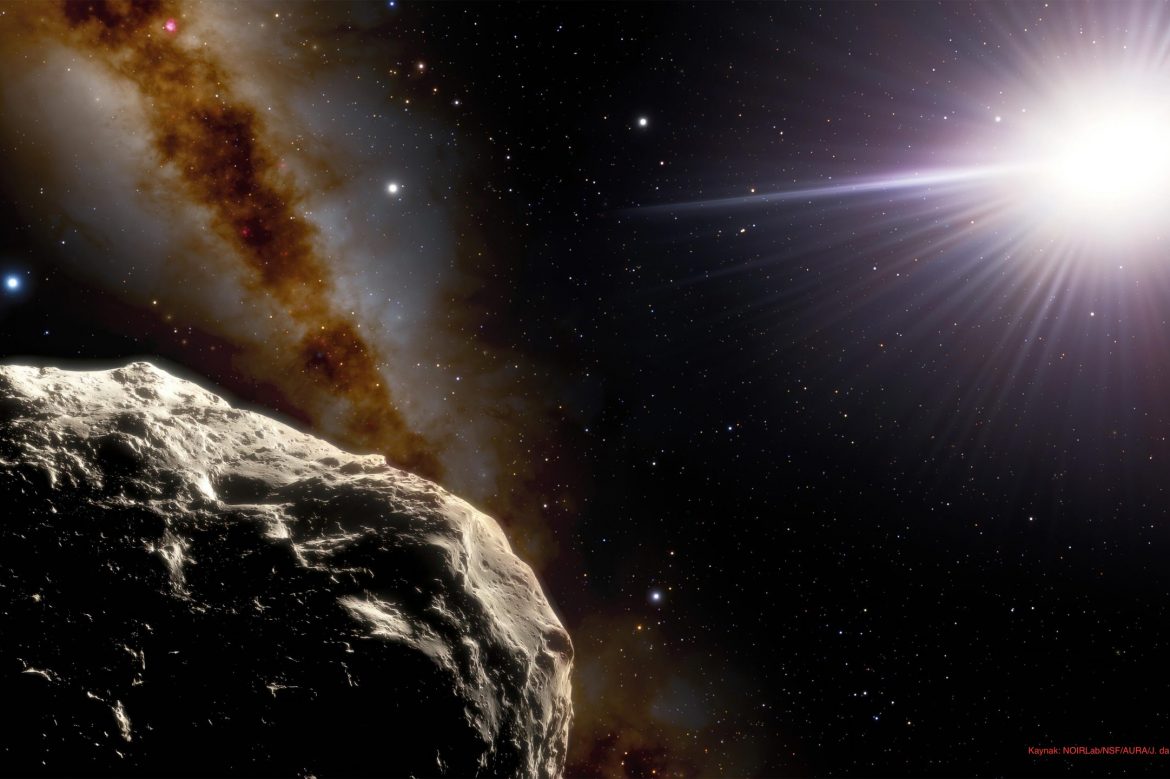 An international team of astronomers led by researcher Toni Santana-Ros from the University of Alicante and the University of Barcelona, the Institute of Cosmos Sciences (ICCUB) has confirmed the existence of 2020 XL5, the second Trojan asteroid discovered in the Earth’s orbit to date. The results of the research were published in Nature Communications.

Two of the Lagrangian points of the Earth-Sun system, L4 and L5, lie on the Earth’s orbit, one in front of it and behind it. In 2010, astronomers discovered the first known Earth Trojan asteroid at L4, designated 2010 TK7, which orbits the Sun right in front of our planet.

The newly discovered 2020 XL5 was first seen by astronomers using the Pan-STARRS1 survey telescope in Hawaii on December 12, 2020. Measuring about 1 kilometre in diameter, 2020 XL5 seems to be three times larger than 2010 TK7.

While it appears to be in a stable orbit around the L4 point, for now, the research by astronomers indicates that 2020 XL5 will only be in this state for a few thousand years. While L4 is relatively stable in terms of gravity, it is not infinitely stable. Astronomers have determined smaller pulls from objects other than the Earth and the Sun will dislocate this asteroid from L4, in about 4,000 years.

Although Trojan asteroids have been known for decades around other Solar System planets such as Venus, Mars, Jupiter, Uranus, and Neptune, they were not detected in the Earth’s orbit until 2010. The reason for this can be explained by the geometry of an object orbiting the Earth-Sun L4 or L5 as seen from our planet. These objects can usually be observed in positions close to the Sun. Therefore, the observation time window between the asteroid rising above the horizon and the sunrise is very small.

However, finding more Earth Trojan Asteroids in the future may be important. If we can explore more of these, and if some have orbits with lower inclination, it may be possible to visit them on a budget that is cheaper than a visit to the Moon. Thus, they can become ideal bases for detailed exploration of the Solar System, or even a source of raw materials.