Skip to content
Homepage Biology Suffering in a Dish 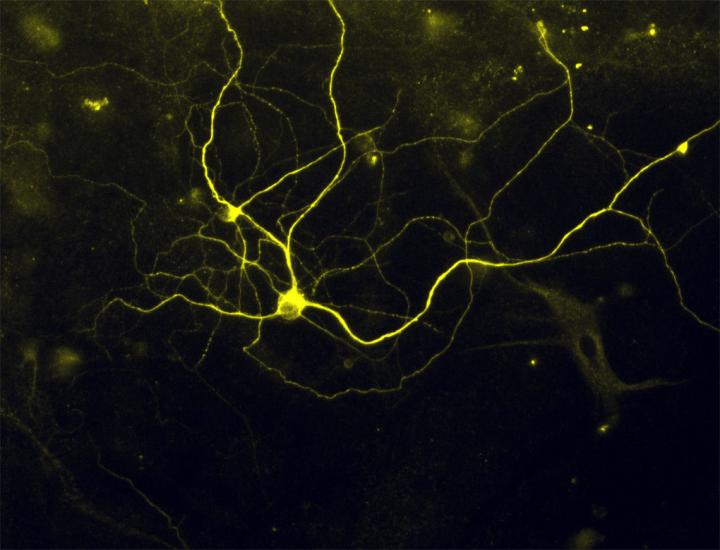 Suffering in a Dish

Undaunted by an unbroken series of failures, Harvard scientists succeeded in the end to convert skin cells from humans and mice to pain-sensing neurons in a laboratory dish (picture above).

The cells, developed in petri dishes by researchers at Harvard Stem Cell Institute (HSCI) at the Boston Children’s Hospital and Harvard University Stem Cell and Regenerative Biology Department (HSCRB) , were reported to be responsive to stimuli associated both with sharp physical pain and pain caused by inflammation. Further studies with these cells are expected to shed light onto differences in people’s pain thresholds as well as their propensity for chronic pain and help the development of more potent pain-suppressing drugs.

Pain-sensing neurons developed by a team led by Clifford Woolf, co-director of HSCI’s Nervous System Diseases Program, are reportedly sensitive both to “ouch-type” pain caused by physical injuries, and to the deeper, more subtle pain triggered by inflammation or pressure.

Describing results published in Nature Neuroscience journal, Woolf pointed out that this dual sensitivity was proof enough that the derived cells were functioning as natural neurons.

After unsuccessful experiments conducted with human embrionic stem cells, the team had its breakthrough with the development of induced pluripotent stem cell (iPSC) technology which coincided with its efforts. Using the technology, the researchers converted the skin cells to stem cells through manipulation of a few genes, and then induced the latter to differentiate into pain-sensing neurons.