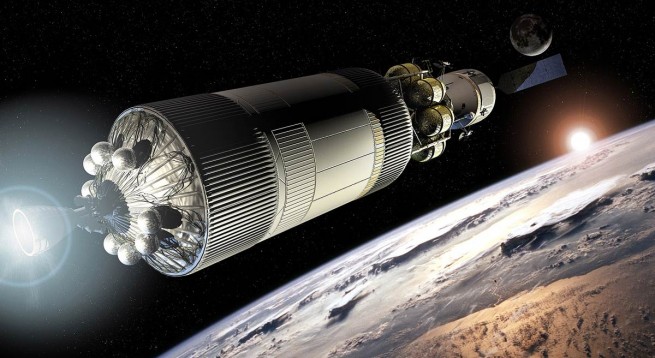 Space Travel May Be Safer Than Thought

Results of a drawn-out experiment conducted on the International Space Station (ISS) showed that space may not be as dangerous as generally believed for those traveling through it.

Topping the list of dangers space travelers have to cope with is cosmic radiation. The ionizing radiation made up of protons and other heavy ions zipping through the space at near relativistic speeds, collectively called cosmic rays, gouge out electrons from atoms and molecules in our body; thus ionizing them and making  them prone to turn cancerous.  Thus, this was seen as a chief hurdle for long-duration manned missions contemplated for the Moon and Mars.

In the MATROSHKA experiment the  European Space Agency ESA jointly carried out with research institutions in Germany, Poland, Austria, Sweden and Russia to determine the effective radiation dose linked with health hazard to astronauts, cosmic radiation to which the astronauts were exposed were measured from 2004 to 2009 both inside the ISS where they lived and worked, and outside the station where the astronauts ventured out for extravehicular activities or EVAs  in the hostile space environment to install new equipment or for repairs and maintenance.

For the experiments the torso of a plastic mannequin filled with real bones, materials mimicking human soft tissues as well as sensors was used. When taken outside,  it was wrapped in layers of protective materials like those donned by astronauts during EVAs.

The results, just released after years of scrutiny on gathered data at the German Aerospace Institution DLF, Nuclear Physics Institute of the Pollish Academy of Sciences (IFJ PAN) and the Vienna Technical University, came as a surprise. According to a statement by Dr. Pawel Bilskiof IFJ PAN,the values of effective radiation measured by MATROSHKA detectors are lower than those shown by dosimeters on the astronauts.

Numerous thermoluminescent detectors placed inside the mannequin are made of pellets sized 4.5 millimeters. The pellets of lithium fluoride also contained dopants which disrupt their normal ctystalline structure to enable them trap free electrons in cosmic radiation. The number of trapped electrons increase in time, depending on the dose absorbed by the detector. When the detectors are subsequently heated at the laboratory, they emit a light whose intensity varies with  the absorbed dose. Thus the acquired dose can be accurately measured.

The probability of cancer, the worst risk of extended space travel, depends on the kind of radiation people are exposed to.  The natural sources of ionising radionucleids on Earth are electromagnetic radiation generally in the form of high-energy gamma rays. Cosmic rays, on the other hand, are made of energetic protons or hevier ions which are more efficient in creating cancerous cells. Since thermoluminescent detectors were unable to differentiate gamma rays  and ions, the mannequin was also equipped with plastic detectors showing trajectories of striking ions.

But, Dr Bilski counsels against parting with caution. Because although the results show that the radiation to which astronauts on future missions to the Moon or Mars will be exposed are lower than so far believed, they are still dangerously high.

“We must remember that measurements within the MATROSHKA experiment were performed at low Earth orbit where the Earth’s magnetosphere significantly reduces the number of charged particles from cosmic radiation” says Dr. Bilski. “In interplanetary space there is no such shielding”,