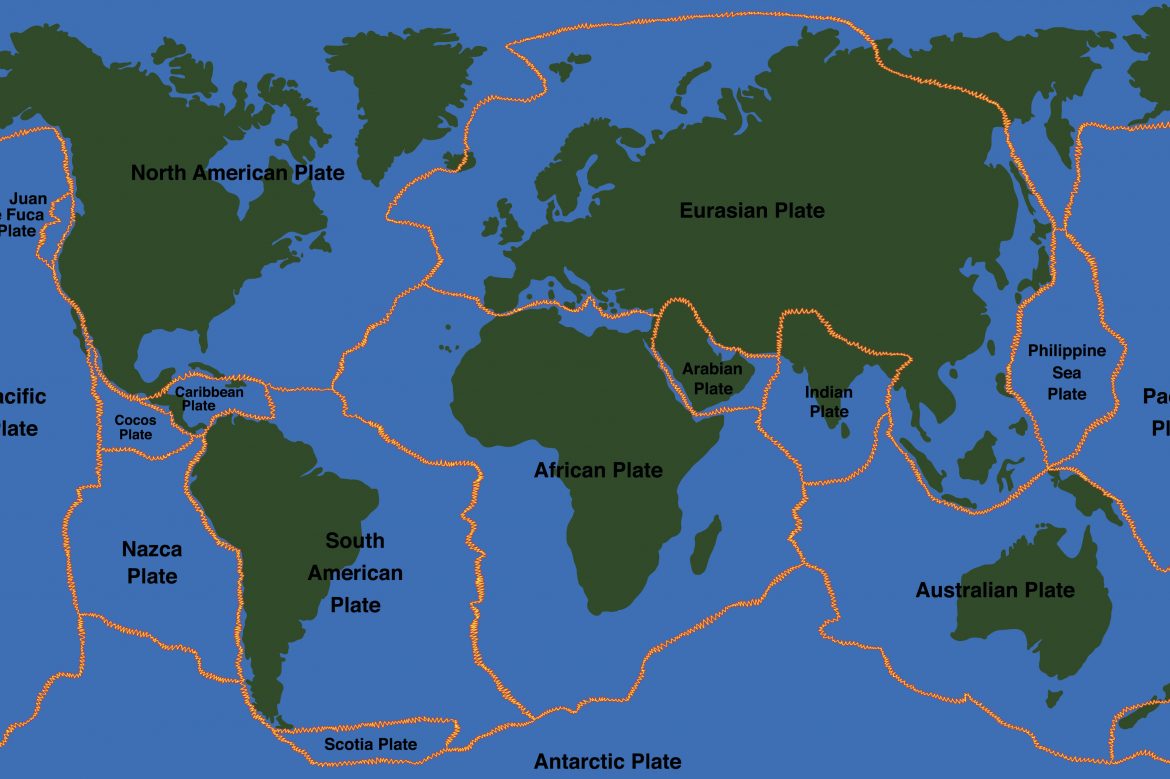 Plate tectonics suggests that our planet’s crust is divided into 7 large “plates” floating on Earth’s mantle, the semiliquid layer between surrounding its core. While floating, these plates move with an annual speed of approximately 2-5 centimetres and sometimes come across each other and interact. These interactions result in several formations, from earthquakes to mountains and volcanoes. The question of how exactly they move, on the other hand, has long been a debate among scientists –almost since the theory was accepted in the late 1950s.

Plate tectonics is largely built upon the “continental drift” theory of German meteorologist and geophysicist Alfred Wegener, and is what drives the shapes of continents and landforms. Scientists had suggested two main hypotheses as to how these land sections move, either by the mantle in a passive fashion or by themselves in an active fashion. But a new study, published in the December 2016 issue of Science Advances shows an additional force involved: heat coming from the Earth’s molten core.

The research does not only entail that some parts of textbooks need to be rewritten, it also presents important information for scientists working on plate tectonics, seismic activity and volcanism.