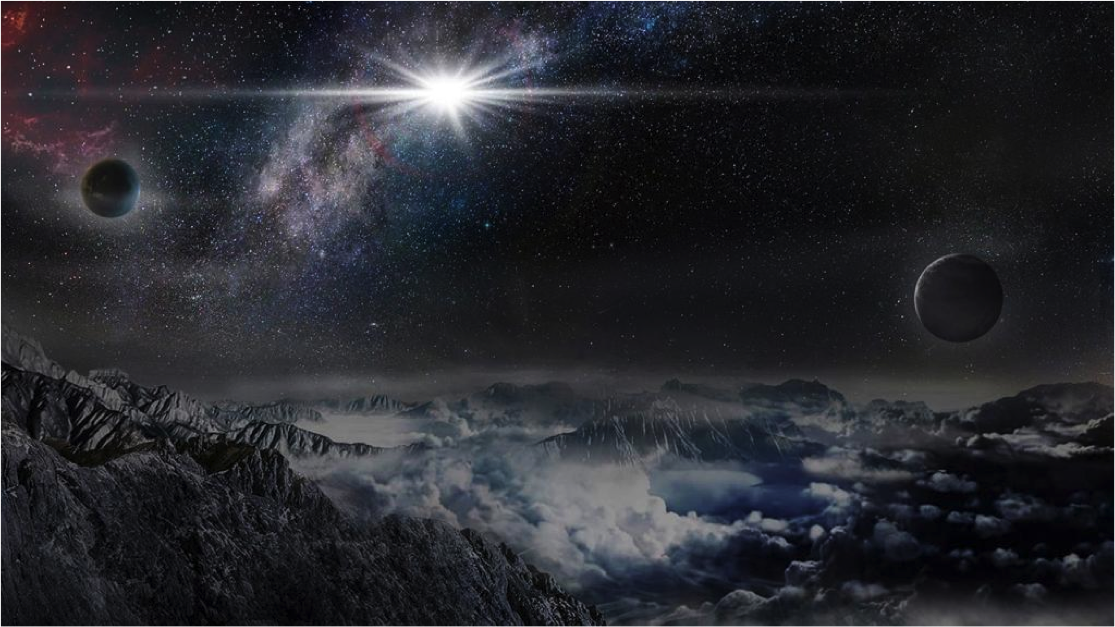 570 billion times brighter than the Sun…

A source of light which emerged billions of years ago on the sky in not fully understood circumstances could be the most powerful supernova in history.

According to astronomers who published the initial findings about the source which was first discovered last June,it  is 570 billion times brighter than the Sun. Even more stupendously, its brightness is reported to be 20 times that of at least 100 billion stars in our Milky Way galaxy combined!

The energy emitted by the source named ASASSN-15lh (fittingly pronounced “assassin”) during the four months it gradually dimmed, was reportedly equal to the total energy the Sun could emit in 90 billion years (which, incidentally, is more than 20 times its remaining years). The artist’s impression above depicts how it will look to unaided eyes from an hypothetical planet 10.000 light years (about 100 quadrillion km) away.

Astronomers see these values as indicating that the source, which is 3.8 billion light years away, belongs to a special class of  terrific star deaths called “superluminous supernovae – SLSN).

What causes some uncertainty, however, is the fact that these heavyweight supernovae typically occur in small galaxies. But ASASSN-15lh, which is twice as bright as the biggest seen in this class, went off in a giant galaxy with a mass of at least 200 billion stars. Researchers, however, do not rule out the possibility that the explosion could have occured in one of the dwarf satellite galaxies which usually surround giant ones.

According to the astronomers who studied the process of dimming, ASASSN-15lh could be the most extreme example of the supernovae of the same class.

An alternative explanation for the extraordinary brightness of the source is the possibility of its being one of a special kind of supernova remnants, which emerge when a massive star’s core collapses onto itself (triggerig the explosion) forming a sphere called a “neutron star” just 20 kilometers across which packs about 1.5 solar masses. A special class of the neutron stars are called magnetars which spin rapidly and have magnetic fields trillions of times stronger than that of the Earth. According to the alternative scenario, a magnetar, spinning 1000 times a second and converting all the energy from its gradually slowing spin to heat, can explain the observed luminosity of the source.

But this explanation, too, is not without its problems. Besides it is doubtful that the energy from the spin-down can be totally converted to heat, the emitted gravitational waves should greatly dissipate the total energy.

Among other alternatives listed by the authors are, a star with a mass far above the known  theoretical limits punctuating its life, or the possibility of an unknown process connected with the supermassive black hole at the center of the galaxy.

Astronomers hope that new observations planned with the Hubble Space Telescope may lift the curtain of mystery.