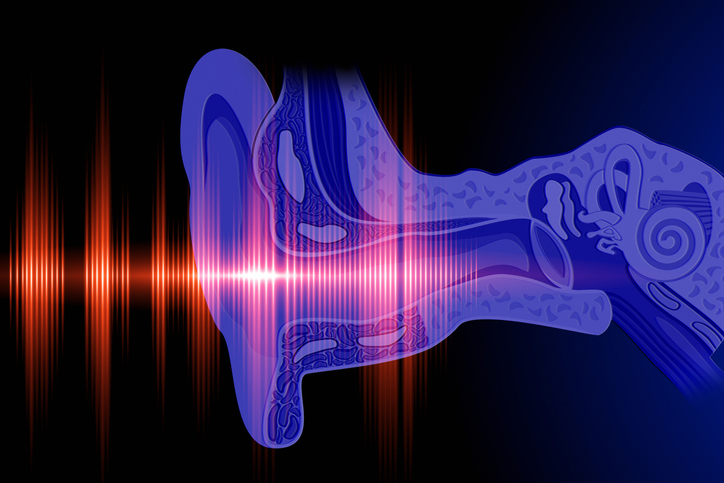 No Need to Fear Hearing Loss

Hearing loss is a problem that almost everyone faces at old age, making life badly difficult in severe cases. It is caused by trauma (exposure to loud sound), infections, or old age damaging the cells of the inner ear that is responsible for translating sound waves into a language the brain can understand. Researchers from the John Hopkins University School of Medicine discovered a pair of proteins that play an important role in the formation of these cells in the inner ear of mammals. The discovery is considered an important step for the treatment of permanent hearing loss.

Sound waves are vibrations that reach our ears through environments such as air and water, and they are transformed into meaningful signals with the help of a sensitive mechanism in our ears. These vibrations are first transmitted to the inner ear, and then to the brain via the hair cells inside a structure called the cochlea (which resembles the shell of a snail). In humans, these cells cannot regenerate, and thus hearing damage starts if they get damaged.

Scientists studied how these hair cells of the inner ear form. The precursor cells inside the cochlea begin to evolve into hair cells, from the outside to the inner parts, very much like a “Mexican wave” in a stadium. This inward spiral transformation stops when it reaches the centre of the snail shell.

Investigating at which point and how these hair cells of the inner ear begin to form, researchers pursued molecular signs travelling along the cochlea. In the process, they found two prominent proteins: Activin A and follistatin. During the transformation of precursor cells into hair cells, Activin A levels increased and follistatin levels decreased. That is, Activin A was making a Mexican wave through the spiral from outside to inside, while follistatin made another from inside to outside.

“We knew that Activin A and follistatin work in opposite ways to regulate cells,” says Angelika Doetzlhofer of John Hopkins University, “It seems, based on our findings like in the ear, the two proteins perform a balancing act on precursor cells to control the orderly formation of hair cells along the cochlear spiral.”

The researchers conducted experiments on mice to understand exactly how these two proteins coordinate the growth of hair cells. In mice with Activin A levels above normal, the transformation of precursor cells to hair cells took place earlier than expected, resulting in premature cells. When the follistatin levels were elevated, the formation of hair cells was delayed, resulting in an irregular structure. In short, unless these two proteins are in the right proportions at the right time, and at the right place, the development of the cochlea’s inner structure is negatively affected. “It’s like building a house,” says Doetzlhofer, “if the foundation is not laid correctly, anything built upon it is affected.”

Understanding how the ear’s hair cells are formed is an interesting question of biology, and it also provides findings that may be useful for the treatment of hearing the loss in the long term.

While these studies continue, a patent for the treatment of hearing loss due to aging was also received. For the treatment theory based on the combination of aldosterone hormone and anti-inflammatory drugs, see the related article.