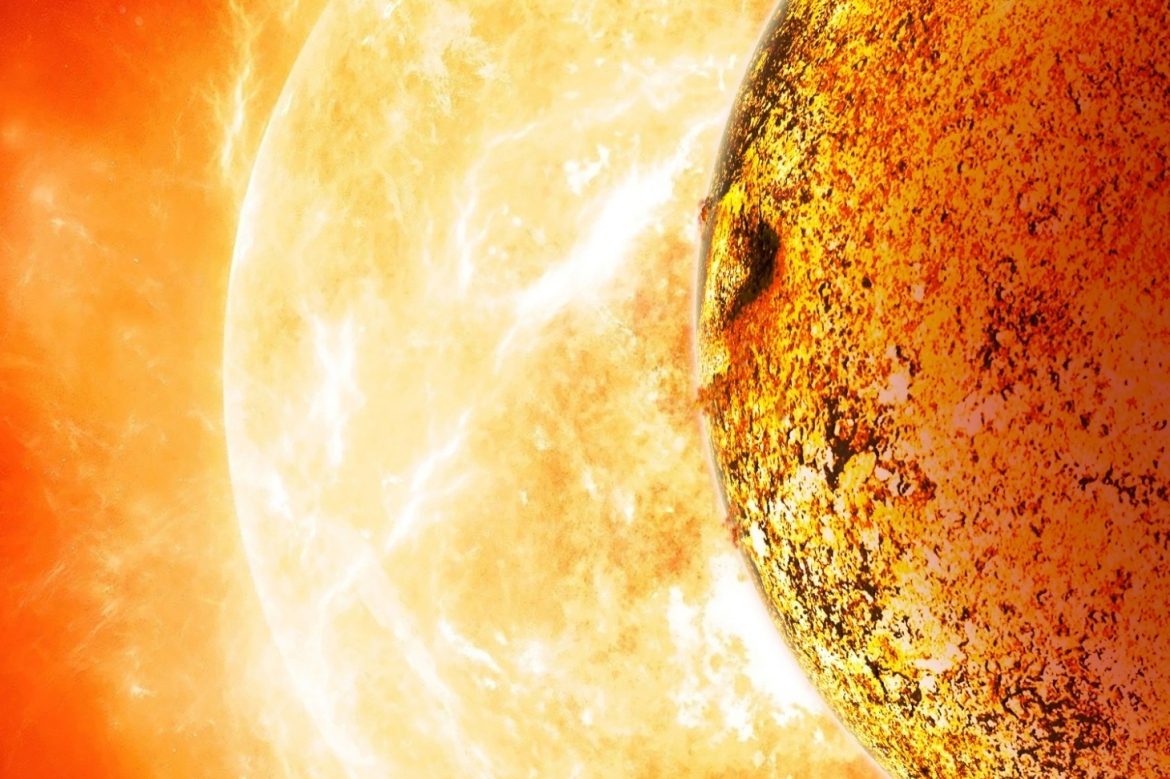 Scientists struggle to explain the properties and behaviour of a planet  discovered by the Kepler spacecraft shortly before it was relieved of  its task of identifying  earth-like rocky planets, after two of its four gyroscopes holding it in a fixed position facing constellation Cygnus broke down.

Before  it  was partly disabled in May of 2013,  Kepler, Launched  on March 7, 2009,  had simultaneously watched 150.000 stars in an area 3000 light years away from the Earth, recording periodic drops in the intensity of their lights which signal the presence of  planets  transiting their faces.

Using this method, Kepler had made confirmed detection of  167 extrasolar planets and flagged over 3500 planetary candidates.

Among these, Kepler-78b, displaying properties which are in stark contrast with the planet formation models, is defying the efforts of planetary scientists to make sense out of them. This lava world with a surface temperature of  about  4900⁰C, completes its  one “year” in just 8.5 hours on its orbit a mere 1.5 million kilometres  away from its star. This distance is one-hundredths of  Earth’s average distance to the sun. The planet, whose size is 20 percent greater than that of the Earth, is of 1.8 Earth mass. Thus it has a density (5.5 grams per cubic centimetre) similar to Earth’s (5.3 grams).  Hence, astronomers think Kepler-78b is also made of rock and iron as the Earth.

But the planet’s extreme proximity to its star defies explanation. Since the young star, which is of  spectral class G just as the sun, should have been larger during its formation, the planet could not have formed in its current position. For then its orbit would lie within the star’s envelope (i.e. outer layers), an impossibility as no planet can form inside a star. Nor could it have formed far from the star and migrated inward later like some other planets,  since the journey would again have ended inside the star. Even if the birth of the star is shrouded in mystery, there is no doubt about how it will die. Gravitational tides will drag it further in and the planet will evaporate inside its star three billion years from now.