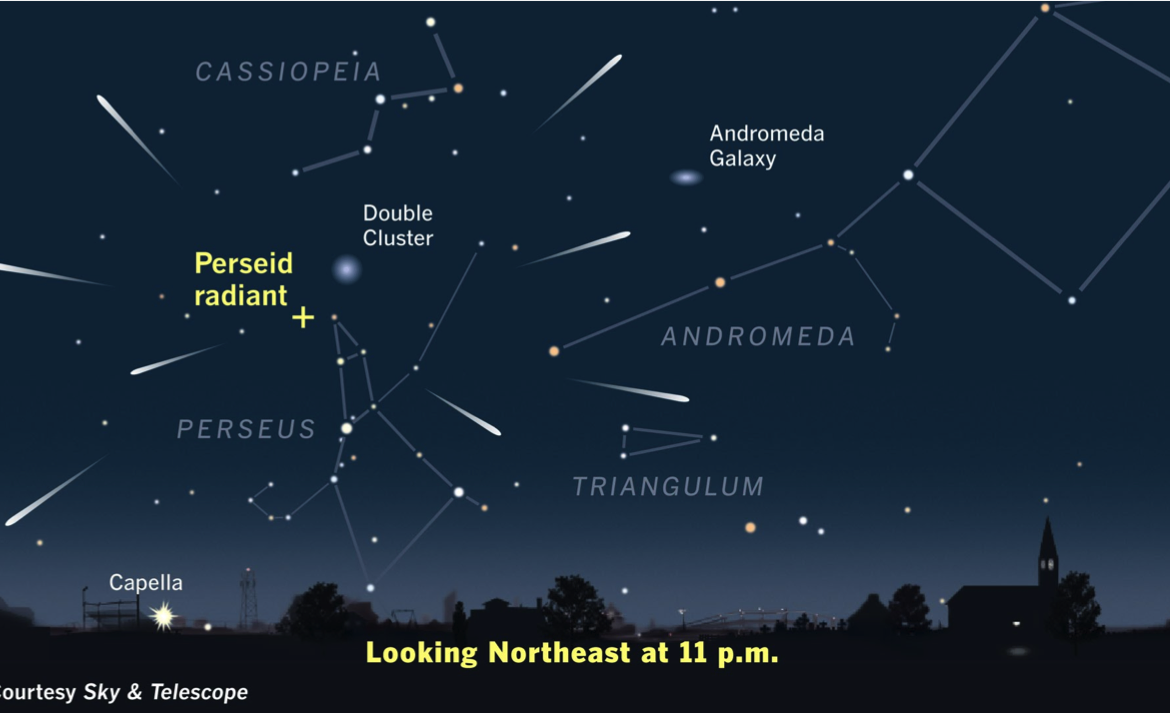 Over a hundred per hour…

It’s difficult to count them and even more so making a wish before the streak of light whizzing across the sky disappears before you can blink. But those who chose to forego sleep and lean back to stare at the sky somewhere away from the city lights were rewarded generously with the fireworks despite a bright half-moon which interfered with the annual show of the Perseids, one of the more spectacular of the periodic meteor showers.

Meteors are particles, mostly as tiny as a grain of sand which burn up on entering the Earth’s atmosphere.  These are particles which comets eject as they near the sun in their elongated orbits, forming the typical dust tail behind the visitor. As the Earth enters the belt formed by the ejected dust as it orbits the sun, these particles enter the atmosphere at great speed, heating the air and forming the typical streaks of light.

These streaks appear as originating from a single source, which in astronomy language is called “radiant”.

The source of the Perseid meteors is comet Swift-Tuttle which last crossed Earth’s orbit in 1992. The reason this periodic meteor shower is named Perseids is because the streaks of light emerge from the constellation Perseus.

Perseids are normally observed from July 17 to August 24, but on days before and after the shower peaks, only a few meteors an hour can be viewed.

The meteor shower which peaked at the night of 12-13 August was predicted to be of extraordinary intensity, as the calculations of a team composed of Russian, Finnish and French astronomers showed that the dust trail of the comet was pushed towards the Earth by the gravitational field of Jupiter.