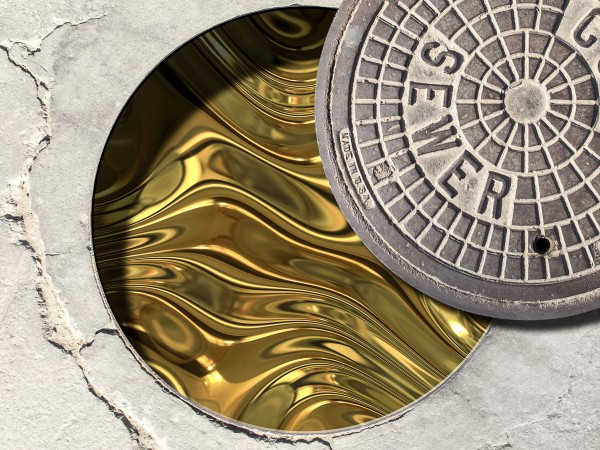 A study conducted in the U.S. has shown that every ton of the sludge that remains after filtration processes at sewage treatment plants contains metals worth hundreds of dollars. Precious metals to be strained from the sludge arriving at treatment plants through the sewage network that collects discharges from industrial plants besides the toilet water from homes,  may mean a bonanza of millions of dollars every year for a city of  a one million people.

Researchers from Arizona State University analysed sludge samples collected from across the country with a mass spectrometer which can identify different elements in a sample taken into a superhot plasma.

The results showed that processed sludge from a city of one million inhabitants had a metal content valued at 13 million dollars. According to the findings published in  Environmental Science & Technology, 2.6 million dollars’ worth of the booty is made up of gold and silver.

In japan, a sewage treatment plant at the town of Suwa with a cluster of nearby plants producing high-tech equipment, a ton of incinerated sludge is reported to yield two kilograms of gold, making it more productive than many gold mines.