Skip to content
Homepage Astronomi How many times can you fold the universe? 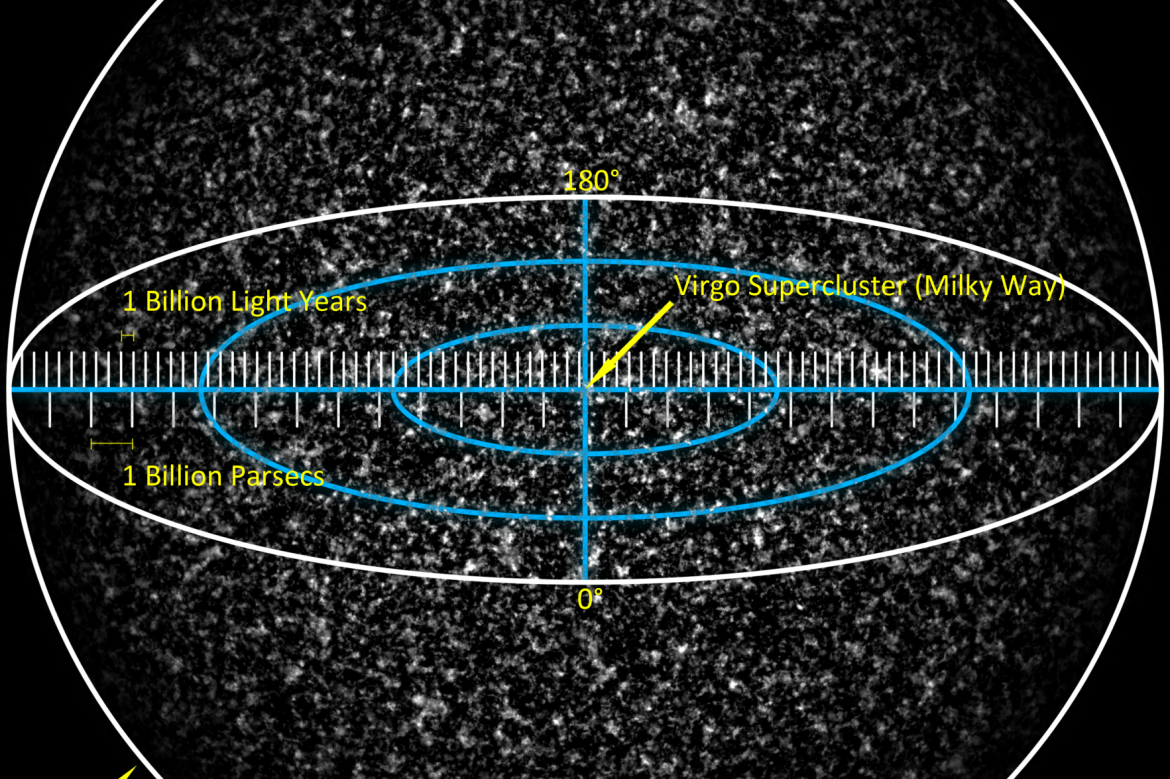 How many times can you fold the universe?

Calculate for yourself if you don’t believe…

Popular projections hinged to the curiosity and mathematical prowess of a high school student know no limits. One’s tempted to say that the limit is the boundary of the visible universe; but that too is constantly enlarging.

In 2002, Britney Gallivan, an American high school student, debunked the myth that any sheet of paper can be folded in half seven times at most, folding a sheet made by stitching end-to-end six rolls of special toilet paper 12 times in the same direction.

Rising to the challenge for an extra credit in maths, she first derived the formulas for folding the sheets both at the same direction and alternate directions in December 2001 and then proved them experimentally in January 2002.

The gist of Gallivan’s formula is that the number of folds depends on the initial size of the paper.

The high school student’s equations were later confirmed by the academic mathematicians at Caltech.

Over the years, the “paper folding problem” has been supplemented by a procession of “counterintuitive” thought experiments.

One of these seeks the answer to the question “how many times can you fold a paper the size of the observable universe?” For that, the diameter has to be calculated for the observable part of the universe which was created 13.8 billion years ago in the Big Bang. In simplest terms, observable universe is the expanding boundary where the light could reach within the much larger “real universe” which expanded faster than the light and reached colossal dimensions within fractions of the first second after the Big Bang in what is known as “.cosmic inflation.”

Since the universe was born 13.8 billion years ago, it may seem logical that the distance the light could traverse since then, or the radius of the observable universe is 13.8 light years, one light year being the distance the light, travelling at 300.000 km a second in empty space, could cover in a year, roughly equivalent to 9.4 trillion kilometers. However, as the first light from the Big Bang was travelling for 13.8 billion years, space itself, given the faster-than-light (superluminal) spurt in the cosmic inflation was also expanding. So, astronomers calculate the present radius of the visible universe to be over 46 billion light years and its diameter, 93 billion light years.

Calculating how many times a surface can be folded in half on the bases of  Gallivan’s equations, mathematicians found the number as 67. (Readers may see Gallivan’s equations by searching Gallivan in Wikipedia or by clicking on http://pomonahistorical.org/12times.htm).

Meanwhile, another researcher calculated the thickness the paper takes at each folding. The result: If you can somehow fold a paper in half 103 times, the thickness equals the diameter of the observable universe, that is, 93 billion light years.

The crux is the fact that the thickness of the folds increases by exponential growth, that is, like in the legend of the Chinese Emperor and the sage who developed the game of chess seeking a “modest” reward of one grain of rice to be doubled on each square of the board with the result that the total yield of the world would not be enough to meet the request, the thickness of folds double at every step.