Skip to content
Homepage Erol Özlav / Translation: Deniz Candaş How About Producing Energy from the Night? 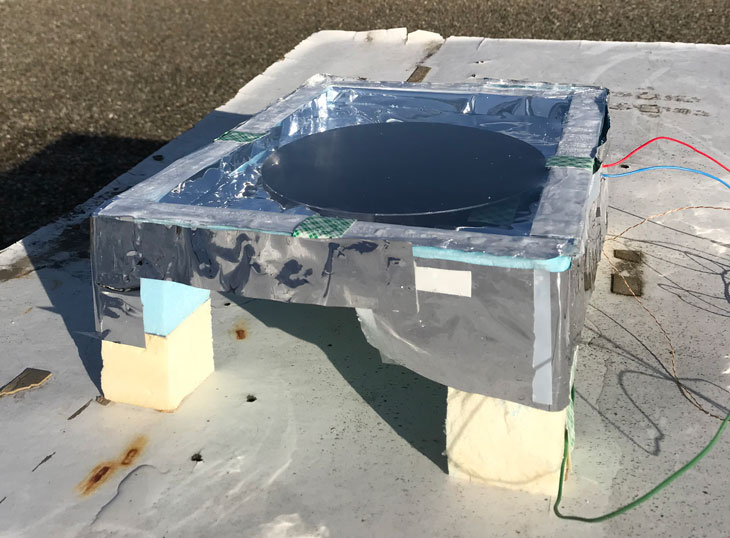 How About Producing Energy from the Night?

In a world where billions of people still do not have access to reliable power distribution, it is very important to use renewable resources to the fullest. Although the most important power source of those who cannot use common electric grids is solar energy, alternative solutions are still being explored. How about a system that is able to generate electricity by using the temperature difference created by the cooling air at night?

Researchers at Stanford University and UCLA (University of California, Los Angeles) are working on exactly this.

At different temperatures, the heat begins to flow from the warmer lower plate to the cooler upper plate. The device uses this heat flow to generate electricity.

Putting up theory is the easy part. The real challenge, however, is to find the right materials and arrange them in a way that will produce a voltage from the coolness of the night that is worth the effort.

Engineer Wei Li and his colleagues from Stanford University tested a 20-cm prototype of the device on an open night in December at Stanford, California.

They built an inexpensive thermoelectric generator and combined this with a black aluminum disc facing the night sky. They placed the generator in a plastic enclosure which had a transparent window that transmits infrared heat radiation. Then, they connected the plastic enclosure to a single tiny LED.

As the heat flowed from the ground to the sky, the small generator was able to generate enough current to brighten the LED light.

The generator used in the experiment produced up to 25 milliwatts of power per square meter of the device. The team predicts that design development, such as better insulation of the cold upper plate, may increase production by at least 0.5 watts per square meter. Although there is no mention of very large amounts of power generation, this technology can be considered as a good complement to solar energy and battery storage. A vital “backup” energy source for those living away from the grid when batteries fail or the panels break.