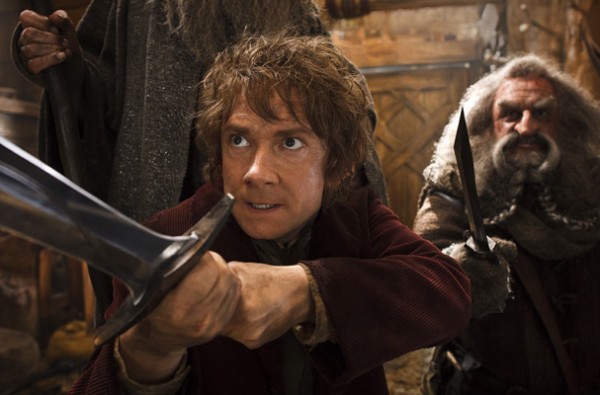 Obvious isnt’it? At least it’s so to a physician from Imperial College of London who has revealed the secret to be vitamin D. According to Dr. Nicholas S. Hopkinson, a pulmonary specialist who penned the paper published in The Medical Journal of Australia together with Joseph A. Hopkinson, a student, the reason why the good guys best the bad is their taste for sunny outdoors and a hearty appetite. In contrast, the evildoers, at least in fantasy literature, shun the sunlight, keep to dark, shadowy places and to a poor diet, factors which limit vitamin-D synthesis or intake and reduce their martial prowess.

“Vitamin D is a fat-soluble secosteroid hormone, which in humans is largely synthesized in the skin when exposed to ultraviolet light, and is sometimes called ‘the sunshine vitamin’”, explain the authors. Also present in foodstuffs, particularly oily fish and, to a degree, in egg yolk, cheese, beef, liver and some mushrooms, the hormone plays a key role in calcium metabolism and phosphorus intake, deficiency of which are blamed for osteomalacia in the elderly and rickets in infants manifested as softening of bones and bending of extremities. It is also credited with roles in immune modulation, and susceptibility to a number of conditions including multiple sclerosis, tuberculosis, rapid lung decline and skeletal muscle weakness.

The authors have based their conclusions on the daytime habits, dwellings, exposure to sun and diets of characters in The Hobbit, the book by J.R.R. Tolkien, the author of a series of related novels made into blockbusting movies. The protagonists were divided into categories of good or evil and victorious or vanquished and were attached scores on sun exposure and diets according to their vitamin-D content. The collective evaluation of points allowed a vitamin D score from 0 to 4, relating to success in combat.

Bilbo Baggins, one of the good guys in the novel, dwells in a hole in the ground, but the windows let the sunshine in and enjoys smoking his pipe out in the open. The Hobbit kitchen, meanwhile, appears rich in variety and stock as he treats the dwarves who have come to persuade him for theft to a banquet replete with cakes, tea, seed cake, ale, porter, red wine, raspberry jam, mince pies, cheese, pork pie, salad, cold chicken, pickles and apple tart. Dwarves, too, spend a lot of time in the sun when they emerge from their subterranean homes.

Avoidance of sun is an oft recurring feature for the evil characters in the book. “Himself dark as the darkness", Gollum lives in dark in the depths of the Misty Mountains, as do the mutton-eating Trolls, Goblins who summon an umbrella of bats to keep them under shade as they march. Despite their superior numbers, the Goblins, are defeated by Beorn, “who, although a vegetarian living on milk and honey, spends most of his time in the open”. Supplementing the list of the evil, giant spiders live in the dark and devour the prey they catch, while Smaug the dragon comes out at night to eat humans.

Attesting to the sunshine hormone’s role in the edge the good guys have over the baddies, the victors’ vitamin D scores (averaging 3.4) in the study, emerged way higher than those of the vanquished (averaging 0.2), the authors report.