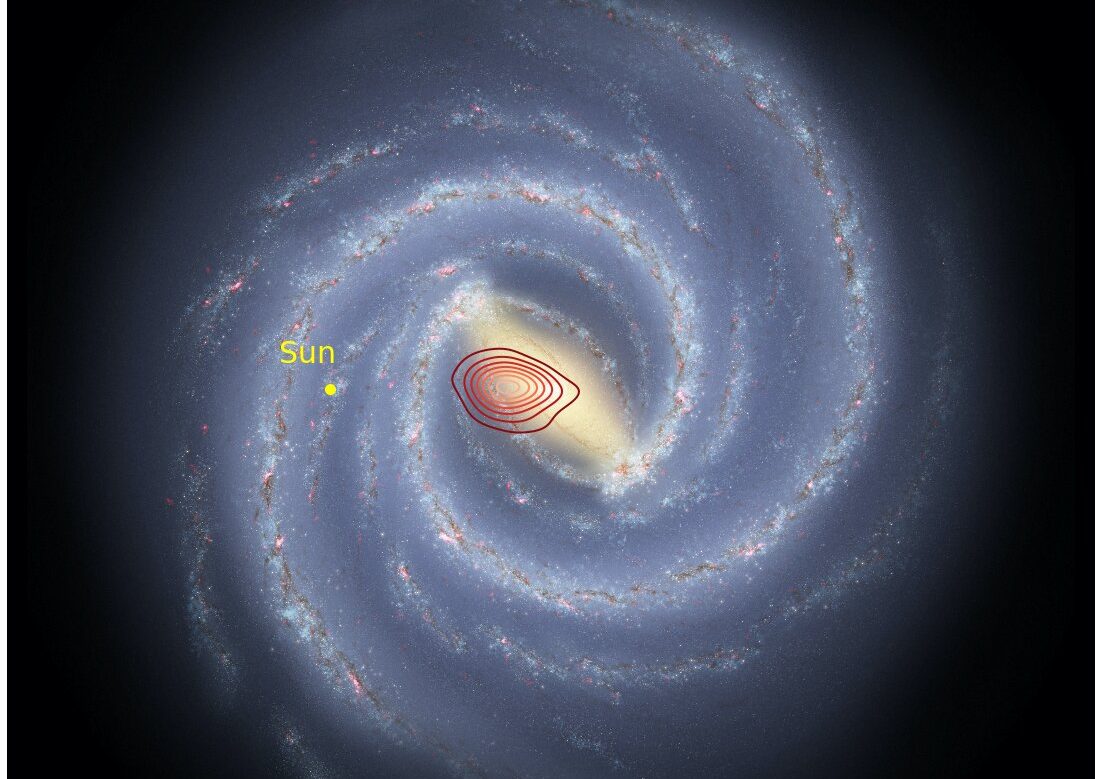 Examining the data collected from the Sloan Digital Sky Surveys’ Apache Point Observatory Galactic Evolution Experiment (APOGEE), scientists discovered a structure hidden deep in the Milky Way, called a “fossil galaxy”. Scientists suggest that this fossil galaxy may have collided with the Milky Way about 10 billion years ago when our galaxy was still in its infancy. The fossil galaxy was named Heracles.

The results, published in the Monthly Notices of the Royal Astronomical Society, may shake our understanding of how the Milky Way became what we know today.

Heracles was discovered using near-infrared data collected by APOGEE, which recorded readings of more than 500 thousand stars in our galaxy. According to the research team, the infrared band of the spectrum was necessary because the centre of the Milky Way is filled with interstellar dust blocking visible light. By looking at the chemical composition and speed of the stars, scientists were able to distinguish between the native stars of the Milky Way and the stars that formed Heracles when the two galaxies collided.

The remnants of Heracles make up about one-third of the mass of the entire Milky Way halo. But then, why haven’t we seen it before? The answer lies in its location, in the depths of the Milky Way.

To find a fossil galaxy like Heracles, scientists must study the detailed chemical structures and motions of tens of thousands of stars. It is particularly difficult to do this for the stars in at the centre of the Milky Way because they are obscured by clouds of interstellar dust. APOGEE allows us to pierce this dust and see deeper than ever before, right into the heart of our galaxy.

APOGEE makes this possible by observing the spectra of stars in near-infrared light, rather than visible light obscured by dust. APOGEE has been observing for ten years and has recorded the spectral analysis of more than half a million stars throughout the Milky Way, including its centre.

The fact that a few hundred of the tens of thousands of stars studied had dramatically different chemical compositions and velocities indicated that these stars could only belong to another galaxy.

The Milky Way was built through collisions with the smaller galaxies it absorbed during its lifetime, and the remnants of these galaxies can be seen in its halo. However, as Heracles’ is located at the centre of the Milky Way, this collision possibly happened early in our galaxy’s history. More importantly, researchers estimate that Heracles makes up a third of the mass of the entire Milky Way, suggesting that our galaxy might be unusual, as most of the similar large spiral galaxies had much calmer early lives.