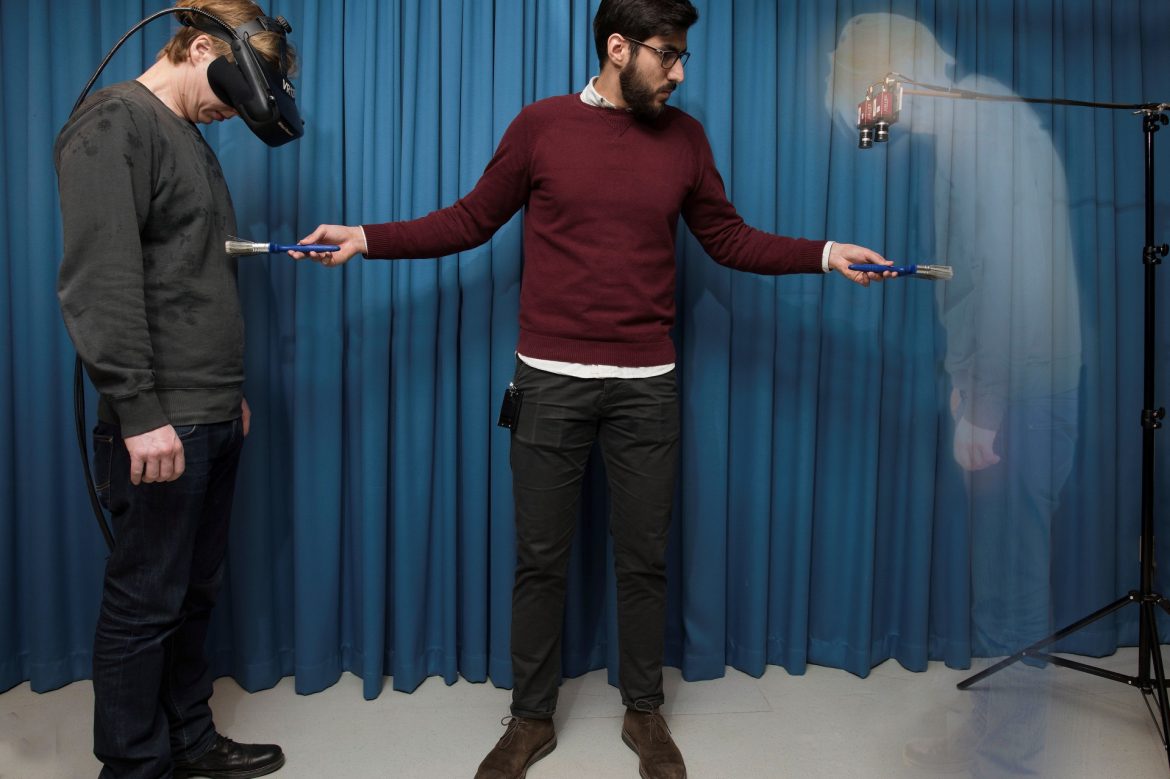 A dream for humans for millennia and a staple for science fiction, becoming invisible – or at least feeling so – was realized in lab thanks to an innovative technique employed by Swedish researchers.

In the experiments carried out by neuroscientists at Karolinska Institutet, when the participants, wearing a head-mounted display connected to a camera opposite them, were told to look down, they experienced seeing empty space instead of their bodies.

In the study published in Scientific Reports, to create the illusion of invisibility, researchers touched various points on the bodies of participants with a wide painting brush while they simultaneously made the same movements in the air with another brush under the camera.

Majority of 125 participants experienced the sensation of touch being transferred to the side of the brush moving in the air where they felt their bodies actually were.

To test the reality of transferred sensation, researchers made jabbing motions with a knife at the phantom body. Sweat response from the participants when they saw the knife showed it was real.

In the study, the participants were also asked to perform in front of an audience. In the end, those who were taken through the illusion of invisibility immediately before they faced the crowd, reported lesser stress during their performance. This shows that the way body is perceived affects the way brain processes social cues, with possible spinoffs for the development of new therapies for social anxiety, the researchers say. They also point out the need for additional studies to find out whether illusion of invisibility affects ethical decisions to prevent “invisibility cloaks” from altering people’s judgments of right and wrong.