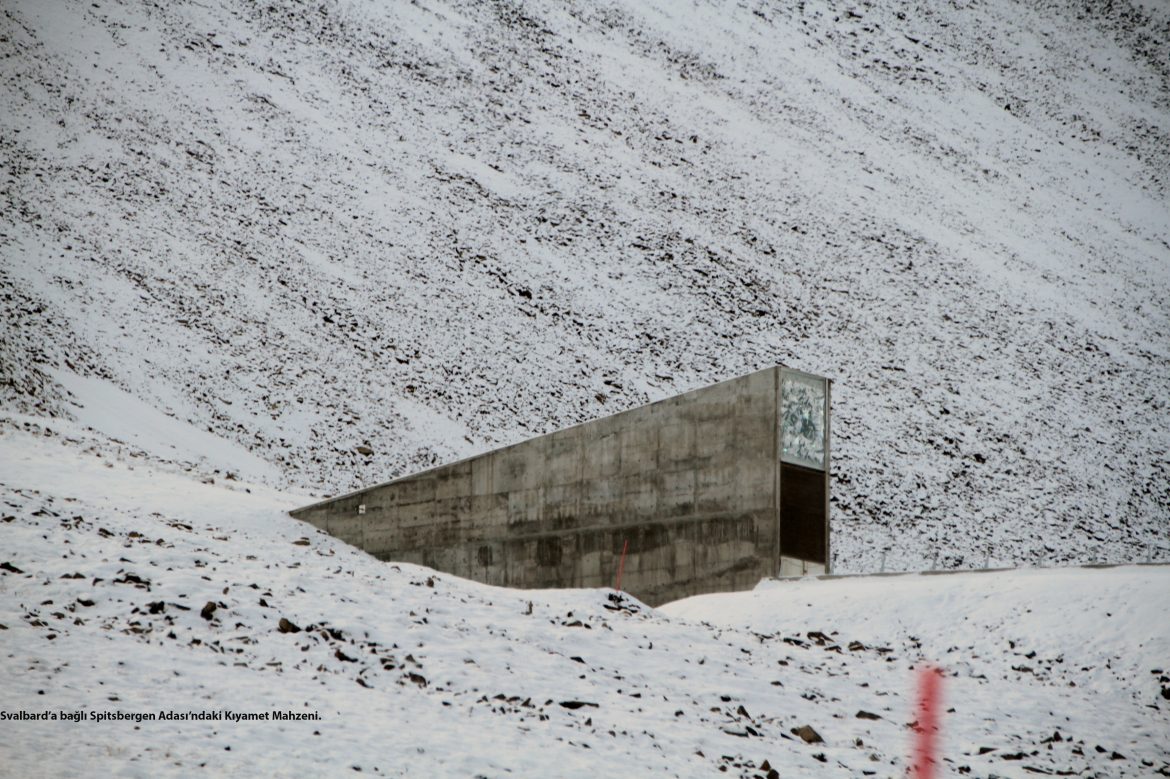 The Svalbard Global Seed Vault in the Svalbard Islands of Norway is under the threat of global warming. In recent years, the permafrost in the region melted due to extreme temperatures, resulting in flooding of the vault. However, the problem was dealt with before serious damage occurred.

The seed bank known as the Doomsday Vault is managed by a cooperation of the Norwegian government, the Nordic Genetic Resource Centre and the Corp Trust. The vault, considered as a security measure against possible environmental disasters, hosts millions of seeds from all over the planet. Thus, it is seen as a last resort against the loss of biodiversity caused by agricultural methods carried out on a global scale for the last 50 years.

Since Svalbard has suitable conditions for preserving the seeds with its permanent ice cover, it has been designated as an ideal point for the vault that has a capacity for 2.5 billion seeds. Glaciers serve as a natural insulating material, and the inside is kept at a constant temperature of -18oC. Even if there is a power failure, the inside of the vault remains cold. This way, if any environmental disaster occurs, the seeds are in standby mode, ready to sprout.

The North Pole is the fastest warming region in the world, and Svalbard, about 1.000 km north of the polar circle, has its share. According to the report recently published by the Norwegian government, Svalbard has already warmed on an average of 5°C since 1971. Unless carbon emissions are restrained, warming up to another 10oC is expected by 2100. A little control can reduce this to 7°C.

Besides acute fluctuations in temperatures, the glacier cover in the fjords decreased considerably, the snow season decreased by 20 days, the rains increased, and the effects of warming can be observed even 80 meters under the surface. By the end of the century, most of the ice cover will turn into mud, resulting in more carbon dioxide and methane release in the meantime. This will result in more warming, and the familiar vicious cycle will continue.

Designed to survive for thousands of years without any human intervention, the Doomsday Vault has so far failed to fulfill its goal. Experts are constantly making new arrangements against the effects of climate change, and the way things are doesn’t change, the situation will not change either. Who knows, maybe these seeds will one day sprout at the North Pole.