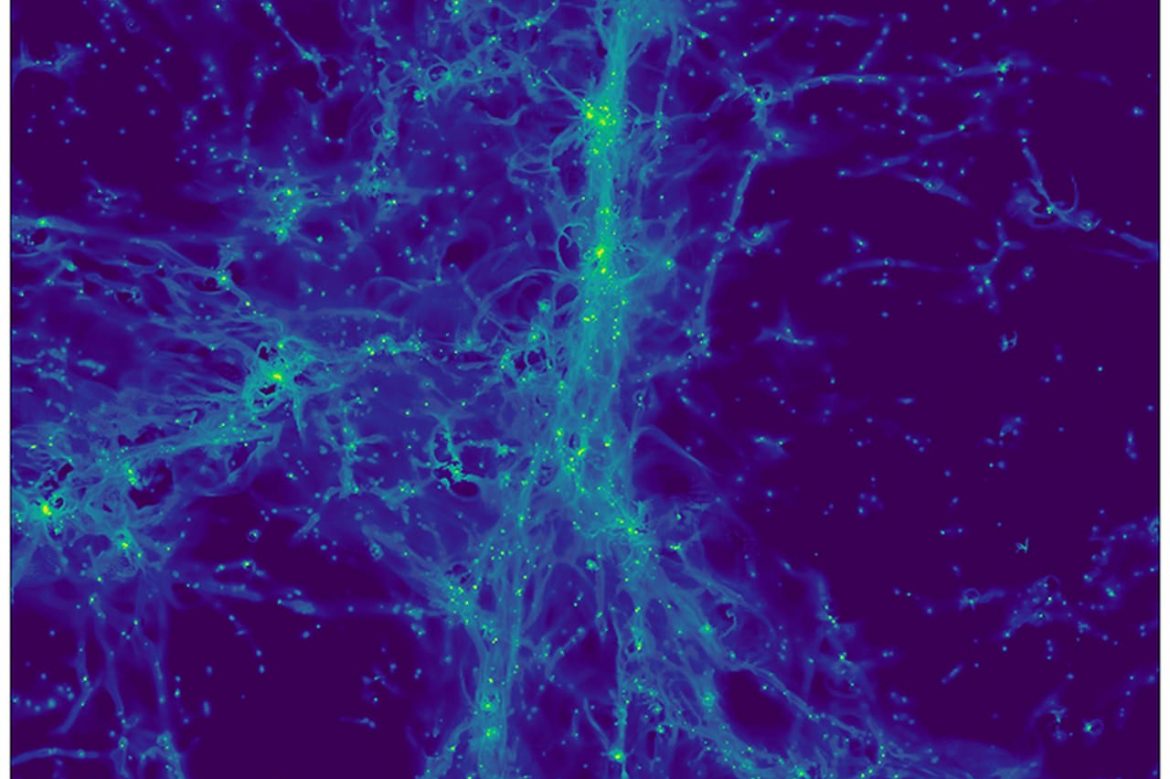 Although the gas filaments in which galaxies are born to have long been predicted by cosmological models, we had no real images of such objects, until now.

Using the MUSE1 instrument installed on European Southern Observatory’s Very Large Telescope (VLT) in Chile, several filaments of the cosmic network were directly observed, for the first time. These observations of the early universe, 1 to 2 billion years after the Big Bang, point to the existence of a multitude of dwarf galaxies that were so far unsuspected.

The thread-like structure of hydrogen gas, known as the cosmic web, is one of the most important predictions of the Big Bang and of the galaxy formation model. Everything we knew about this web until now was limited to a few specific regions, particularly in the direction of the quasars, whose strong radiation help reveal the presence of clouds of gas. However, these regions poorly represent the entire web of filaments from which most galaxies were born. Direct observation of the weak light emitted by the gas forming the filaments has been a significant achievement.

The international team of researchers obtained data by pointing the VLT at a single region of the sky for more than 140 hours. The MUSE device was connected to its adaptive optical system, forming one of the most powerful systems in the world when combined. The selected region forms part of the Hubble Ultra-Deep Field, the deepest view of the cosmos ever achieved yet. However, since 40% of the galaxies discovered by MUSE have no counterpart in the images sent by Hubble, the new images are considered superior to those from Hubble.

The carefully planned eight-month-long observation campaign was followed by a year-long data processing and analysis. As a result, they obtained images revealing light from hydrogen filaments, as well as several filaments as they were 1-2 billion years after the Big Bang. The biggest surprise, on the other hand, was when simulations showed that the light from the gas came from a hitherto invisible population of billions of star-spawning dwarf galaxies. Although these galaxies are too weak to be detected individually with existing instruments, their observation will have important implications for galaxy formation models that scientists are just beginning to explore.