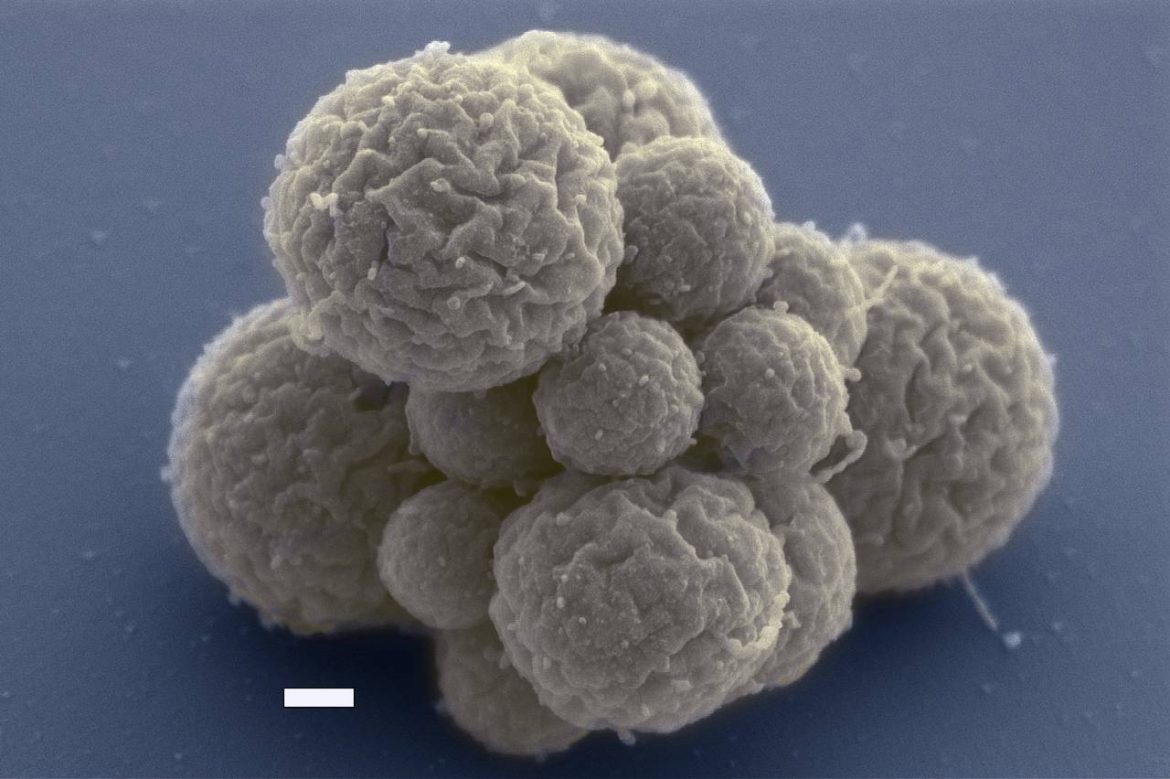 Carries only the “vital” genes for life

A group of leading geneticists in the U.S. designed and synthesized a cell which carries only the genes necessary for minimal independent life.

The artificial cell, synthesized by the team led by Craig Venter and Clyde Hutchison who first acquired fame by pioneering work for the sequencing of the human genome, is made up of just 473 genes. For comparison, the human genome is thought to be composed of 20,000 to 25,000 genes.

The group had formerly had inserted a gene syntesized in lab from chemicals into the genome of a bacterium Mycoplasma mycoides in 2010 and the bacterium had begun to divide and multiply with its increased gene content.

Using the same bacterium in the new study, the researchers appended foreign gene sequences called transposons to make them dysfunctional one by one, finally identifying the ones absolutely necessary for the organism to be alive, and designed and produced a new bacterium with just this minimal genome.

With its diminutive gene count of 473, the artificial cell, named JCVI-syn3.0, sports a genome much smaller than that of the smallest natural cell that can self-replicate.

The cell lacks DNA-modifying genes and those that code lipoproteins that others have. Researchers say 31 percent of the genes in the artificial genome have yet-undetermined functions.