Skip to content
Homepage Paleontology A Tonne of Chomping Power 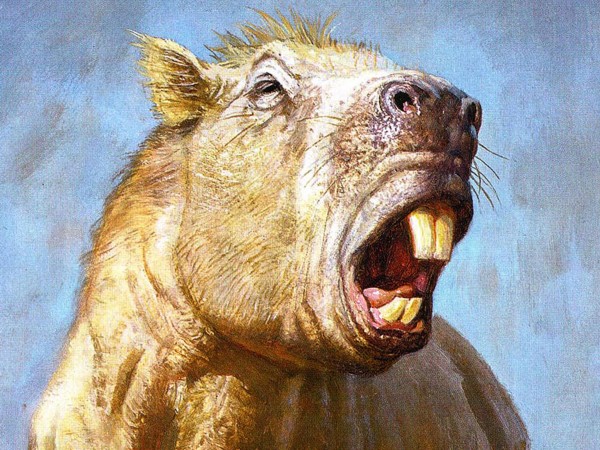 A Tonne of Chomping Power

Studying a 56-cm-long fossil skull found 10 years ago, British and Uruguayan scientists measured the biting power of a bull-sized rodent which roamed northern South America about three million years ago.

The illustration from York University, comparing the silhouette of J. monesi with that of a human and a pacarana, its nearest relative in our day.

Employing sophisticated software to calculate the biting power of the rearmost molar on the jaw of the three-metre Josephoartigasia mones, the largest rodent known so far with a weight estimated to be about a tonne, they found out that it was in excess of three times the biting power of a tiger or an average crocodile.

The researchers wrote in the Journal of Anatomy that biting power of the megarodent droppped to less than a third of that mighty molar at the tips of the ever-growing, thumb thick front teeth, which, however, could withstand stress three times that.

According to the researchers, J. monesi used its front teeth to dig out roots, to fight off predators, defends its territory and engage in duels with rivals for mates like the modern elephants.