Skip to content
Homepage Astronomi A New Chapter in Astrophysics 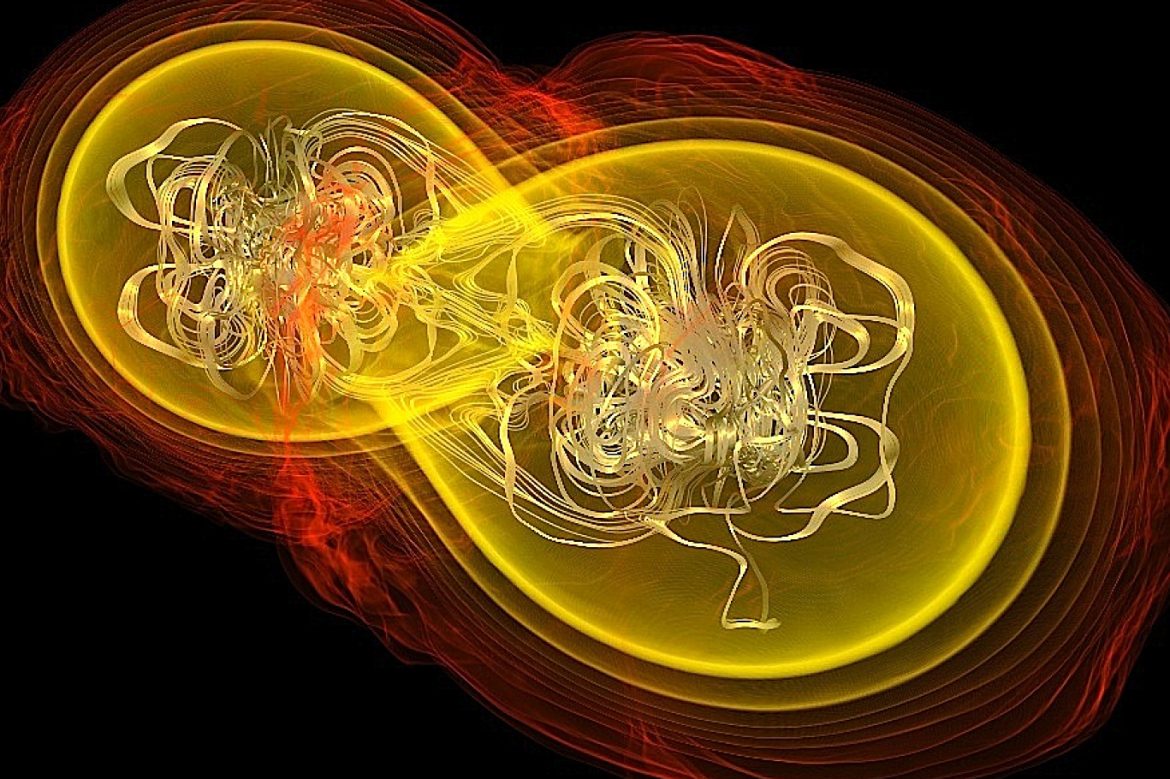 A New Chapter in Astrophysics

Scientists just had the once-in-a-lifetime opportunity to observe two neutron stars slamming into each other in space. Outcome? A huge explosion, so powerful that it rippled space-time and spewed out gold! Some other precious metals and heavy elements too, of course. Experts state the event has confirmed theories about the origin of neutron stars and kick-started a “new chapter” in astrophysics.

Neutron stars are super-dense cores of massive stars, which go through a gravitational collapse after a supernova explosion. Although they are the smallest stars known to exist, they are incredibly dense -a teaspoon of their material on Earth would weigh a billion tons.

By observing the exciting crash 130 million light years away, researchers had the opportunity to spot gravitational waves on Earth for the fifth time. The previous four, though, were all traced to black holes crashing together more than a billion light years away. This time, it was much closer and with different actors in play.

Using telescopes both on the ground and on satellites, they saw the light and radiation bursting out of the explosion. Analysis of the light revealed a breath-taking cosmic production of gold and other heavy elements like platinum and uranium. "This tells us that the heavy elements, like the gold or platinum in jewellery, are the cinders forged in the billion degree remnants of a merging neutron star," said Dr Joe Lyman from the University of Warwick.

The collision also provided a valuable insight about the origins of short-duration gamma ray bursts (GRBs), most powerful explosions known to science. Now we know that one type of GRB is generated when neutron stars collide. Dr Samantha Oates, also from the University of Warwick, said: "This discovery has answered three questions that astronomers have been puzzling for decades: What happens when neutron stars merge? What causes the short duration gamma-ray bursts? Where are the heavy elements, like gold, made?"

Now the researchers have heaps of data in their hands and will possibly spend months studying them. Within all that data, there might be more exciting answers hiding somewhere, but one thing is for sure: This will be one of the most studied astrophysical events in history.