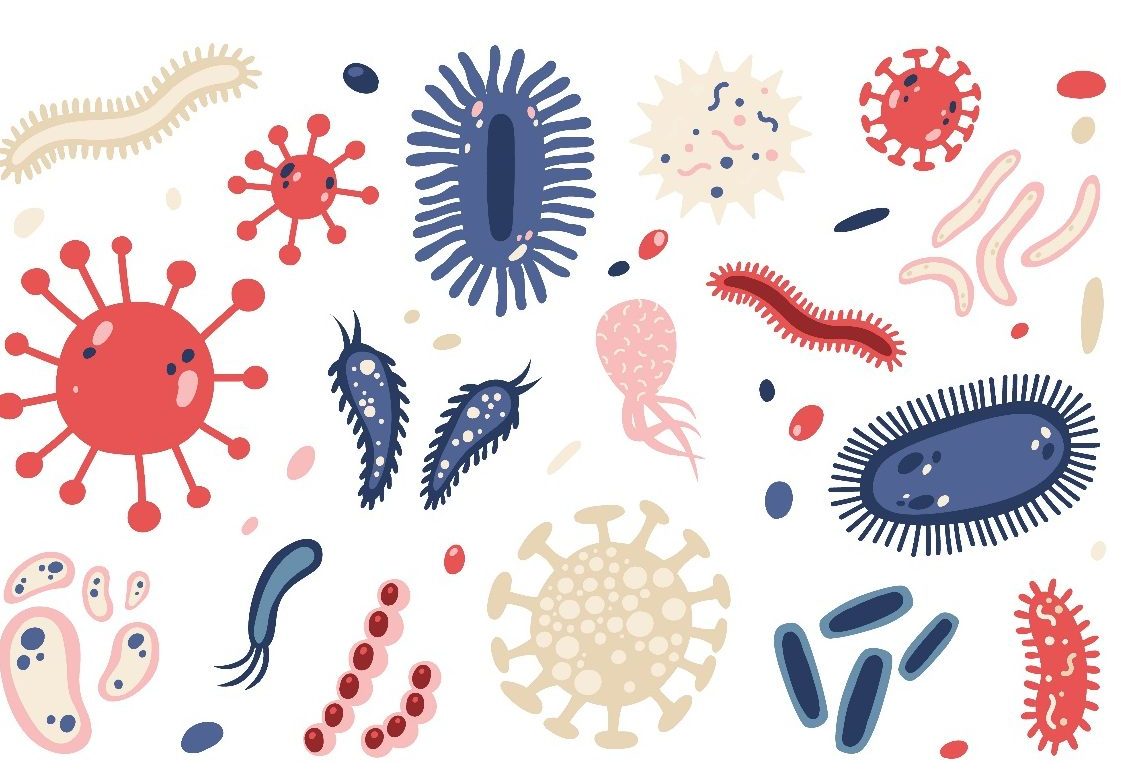 We still haven’t met the vast majority of bacteria and other microorganisms on Earth. They belong to the world of a dimension that remains a mystery. Of the ones we are acquainted with, we are able to cultivate and reproduce only a limited fraction. Ergo, there is still a lot to be discovered in this micro realm. Until recently, what a complex micro-living world the human body hosts was a complete unknown. The relationship between human health and this ecosystem called the human microbiota, or the idea that some diseases are caused by the deterioration of the balance in the microbiota ignites many research attempts and new claims.

The human microbiota consists of 10-100 trillion microbial cells living in the human body (10 times more than the total number of human cells). Our colon is home to 70% of all these. The rest is mostly colonized in the genitourinary system, respiratory system, and the skin. We acquire and carry these creatures throughout our lives, starting from birth. While most are bacteria, this system also includes viruses, fungi, and various other eukaryotic microorganisms. The microbiota acquired from the mother during labour, and then everything we eat and drink throughout our lives, starting with the breast milk, all external conditions we are exposed to, the things we come into contact in daily life, the places we live, our travels, and many other factors constantly affect the quality and quantity of this common life form. The analysis of microbes on a computer mouse can help detect the use of that mouse with an accuracy of 95%.

What exactly this ecosystem is and how it works has baffled scientists since this term was introduced in 2001 by Joshua Lederberg. The first person known to study the diversity of microbiota in humans is Antonie van Leeuwenhoek, who compared micro-life in his saliva and faeces in the 1680s.

Although new studies continue at a great pace, some questions still have no clear answers. For example, how does the diversity of a human microbiota change over time? How many different types of microbes live in the body? What determines the diversity between specific regions of the body? Or what is the reason for this diversity in different people? And perhaps most importantly, is there a kind of basic species community shared by all people?

The World Microbiome Project, which was conducted in two phases between 2007 and 2016 in the USA, aimed to characterize the microbiome of five different regions in the body of healthy people in order to learn what the effect of the microbiome is on human health and diseases. The project was, in fact, an extension of the Human Genome Project, and sequenced over 2,200 reference species living in the human body.

Faecal microbiota transplant (FMT), or roughly stool transplant is a subject that has attracted a lot of attention in recent years, but it is also surprising and disgusting; both in theory and in practice. Briefly, it is the process of transferring faeces taken from a donor to the intestine of the patient via colonoscopy, together with the germs and everything else. It is also called bacteriotherapy.

In fact, the general idea is the same as that of probiotic applications, but stool transplant involves adding the whole thing instead of a single bacterium or a mixture of several bacteria to the body. Meaning, it is a kind of ecosystem transplant.

Why need such treatment?

A bacterium called Clostridium difficile, or shorty C-diff, causes an intestinal infection with chronic diarrhoea and cramps, leading to weight loss and even death. C-diff, which is commonly seen due to frequent antibiotic use and is known for its resistance to antibiotics, leads to desperation in both patients and doctors, resulting in ineffective treatment procedures lasting for months. For this reason, when patients learn about the possibility of stool transplantation, they do not care much about the disgusting aspect of the procedure. In a C-diff infection with FMT performed, diarrhoea can stop in one day and completely disappear within a month. Some say it’s a miraculous treatment. There are countless examples of cases involving helpless patients, doctors and resulting in a miraculous recovery. Considering we don’t know exactly which bacterial population is beneficial, it’s a remarkable development.

The oldest known record about stool transplant is seen in an emergency medicine handbook written in China in the fourth century. The method came to Europe later, and erratically appeared and disappeared until the 20th century. It was used as an emergency treatment by Ben Eiseman in 1958, saving four patients suffering from C. diff. The following year, faecal transplant lost its popularity due to the release of an effective antibiotic called vancomycin, but it was never completely forgotten -daring doctors and hospitals continued to use and recommend it.

The method’s success drew attention in a clinical trial conducted in 2013 by a Dutch team led by Josbert Keller. Forty-two patients with C-diff infection underwent random vancomycin or faecal transplant, and the results of the transplant were so successful that the study finished early, and the hospital stopped administering antibiotics to C-diff patients and applied faecal transplant to all the patients. A treatment rate of 94% is a very high success. One of the reasons behind it is that C-diff causes great destruction in the intestines and leaves barren geography behind. Therefore, the germs that arrive with the transplant do not encounter many opponents and colonize easily.

After this turning point, researchers are now investigating whether faecal transplant can be an option for other diseases. Clinical trials are carried out in cases of constipation, allergic colitis, obesity, irritable bowel syndrome, MS, asthma, autism, and even mental health, where successful results are mentioned. It is not yet known if the real reason for the success is faecal transplant or other factors coming together, and thus it is not possible to say anything solid. Currently, the only disease that the treatment proved successful by re-establishing the microbial ecosystem is C-diff infection.

The fact that the subject became so widespread, and that the internet provides an abundance of methods for people willing to apply the transplant procedure at home brings about a certain amount of unease. Emma Allen-Vercoe, a researcher at the University of Guelph makes a “Wild West environment,” resemblance and says, ”Everyone uses the stool of everyone.“ 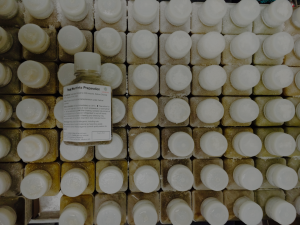 First of all, it is not possible to get faeces to be transplanted from everyone. The donor should not have any microbiome-related health issues such as allergy, obesity, or autoimmune disease. Furthermore, faeces should be scanned for pathogens such as hepatitis and HIV. Because this is a non-standardized method, it is regarded as an experimental treatment that health organizations do not want to make available to general use, and its application for anything other than C-diff is not easily allowed. Also reported are occasional cases of sudden weight gain or new intestinal problems after the procedure.

The main goal is to make this bacterial population available to patients in the form of a pill. Scientists agree that the treatment should use well defined bacterial mixtures reproduced in the laboratory, which are suitable for the disease. So, still a microbiota transplant, but without the stool.

However, we are not yet aware of the long-term side effects of faecal transplant. In theory, some chronic diseases, obesity, colon cancer, insulin sensitivity, atherosclerosis, or various infections seem likely. While some of these possibilities are insignificant for older patients, researchers do worry about the long-term side effects of treatments on children and teenagers.

Known for his transplant applications in Turkey, and being one of the world’s first to have his signature under “faecal transplant research in Multiple Sclerosis (MS),” gastroenterology expert Professor Dr. Ahmet Uygun from the University of Health Sciences’ Gülhane School of Medicine also sees FMT as an effective method of treatment for many diseases. He states, “I see faecal transplant as a definite preventive and therapeutic method for many diseases in the future of medicine and humanity.”

We will witness together what the studies will show in the future. In the meantime, to keep our microbiota as healthy as possible, it is enough to consume plenty of prebiotic and high-fibre foods and to generally follow a balanced diet. Consumption of asparagus, beetroot, garlic, leek, cabbage, watermelon, grapefruit, pomegranate, dried figs and dates, barley, oats, bran, and perhaps the most important of all, plenty of breast milk as an infant is important to create and maintain healthy, diverse and rich microbiota.