Skip to content
Homepage ARTICLES Look at me and I’ll Tell Your Place in Food Chain... 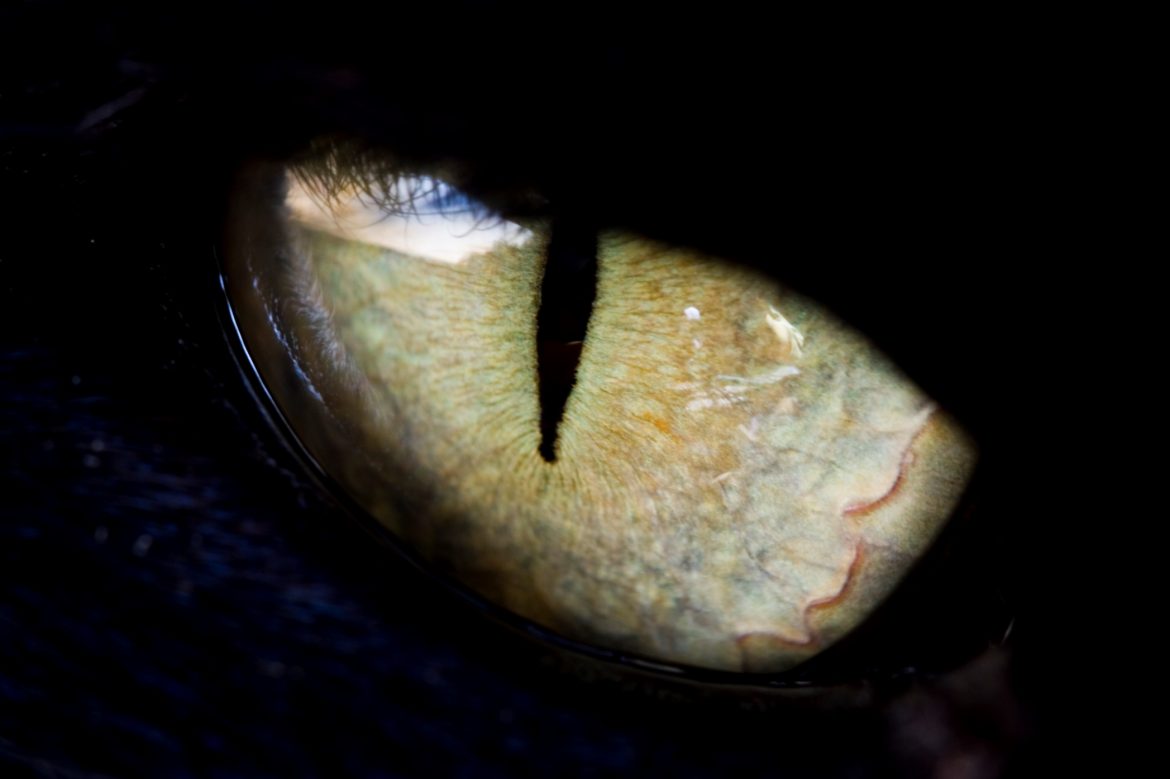 A new study by researchers from the University of California – Berkeley and the University of Durham, UK,  explains how the shape of pupils identify land animals as predator or prey and reveals how they assist their survival.

According to the findings of the study led by Martin Banks, optometry professor at Berkeley, covering 214 terrestrial species, pupil shape largely determine their ecological niches.  Animals with pupils like vertical slits are generally “ambush predators” which hunt day and night. Researchers have found that of 65 of these with frontal eyes, 44 had horizontal-slit pupils, while only 19 had circular ones. Those with vertical slit pupils are mostly predators with relatively small body sizes.  82 percent have shoulder heights below 42 cm.

Circular pupils of  larger predators help them to focus on the running prey.

Pupils shaped like horizontal slits or rectangles and eyes laterally placed on the head are distinctive features of herbivorous animals of prey.

The advantage of vertical slit-shaped pupils controlled by specialized muscles is their ability to dilate at night to ensure a larger incidence of light on the retina to provide a better vision, and contract in the morning to prevent dazzle from the strong sunlight.

In the study, researchers found that the change in the area of pupils was 135 percent for cats, and 300 percent for geckos.  In contrast, pupil dilation in humans is limited to only 15 percent.

Another important property of vertical slit pupils is their ability to provide a large depth of field, which makes vertical contours to appear in sharp detail, and horizontal ones as blurred. This helps the animal to perceive the environment in three dimensions and accurately estimate the distance to the prey.

Pupils shaped like horizontal slits or rectangles and eyes laterally placed on the head are distinctive features of herbivorous animals of prey. Of 42 species in this group, 36 have horizontally elongated pupils.

The advantage provided by this pupil shape is the ability to harvest light from horizontal directions from which the predators attack and allow the illumination of a large retinal area. Comb-like structures on top of pupils, meanwhile, screen the dazzling light from the sky which may negatively affect the gathering of visual data from the ground where the danger lurks.  Of the 27 herbivorous land animals of prey, 26 have eyes with angles of laterality over 87°. In other words, they have eyes facing two sides of the head instead of the front.

This positioning allows the animals to simultaneously view areas on sides, ahead and behind much larger than a field of vision provided by forward-facing eyes. In addition, the horizontally –elongated pupils enhance the image quality of horizontal contours in front and behind the animal, giving it the ability to run fast in the frontal direction despite its laterally placed eyes.

Among animals with horizontally-elongated pupils, horses, deer and sheep have evolved the added ability of rotating their pupils to keep them more or less parallel to the ground even when they rotate their heads to graze.  Otherwise, horizontally-elongated pupils would become nearly vertical and gather light from the sky which does not harbor threats for these animals. Thanks to this ability called “cyclovergence”, animals of prey can keep better tabs on predators lurking ahead or behind.