Skip to content
Homepage architecture Earthships May Be Your New Homes 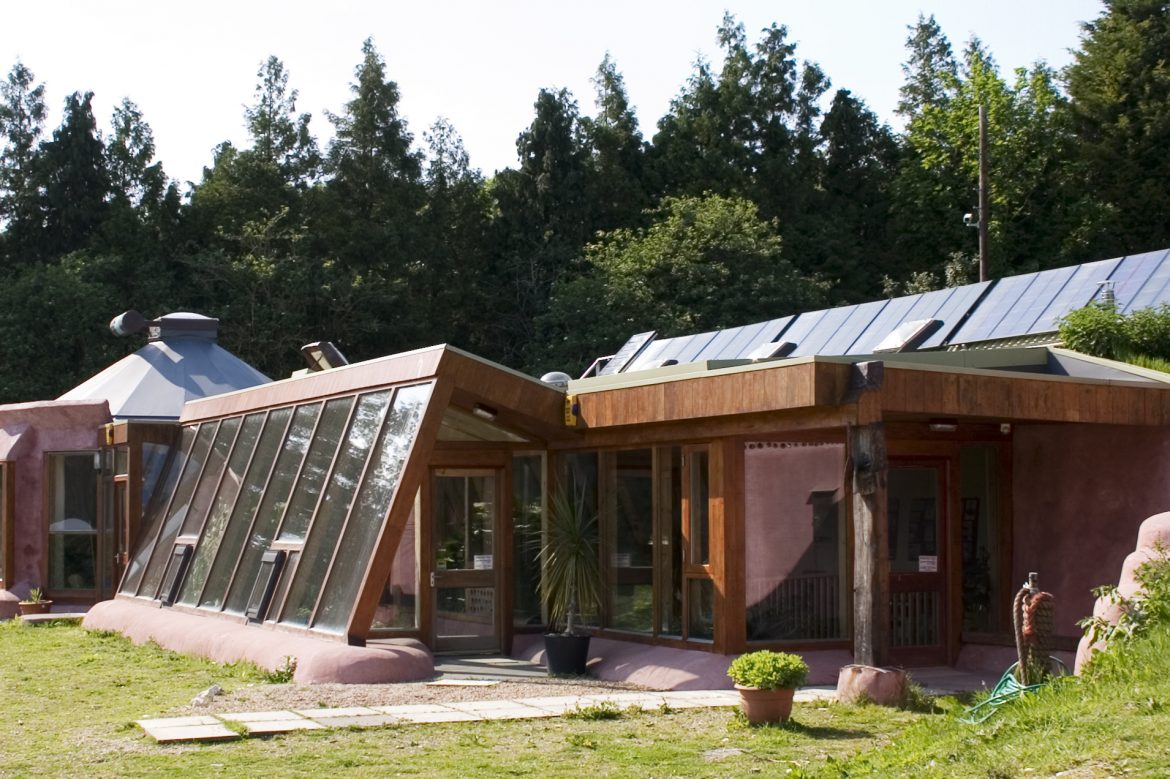 Earthships May Be Your New Homes

Imagine a spaceship, capable of producing food and water that its inhabitants will need throughout their lives, maintaining the temperature in a constant range of 18-21°C, and converting solid and liquid wastes into water and food. Possibly not surprising for sci-fi fans. Next, imagine that the ship consumes almost no energy to meet these demands. Is that realistic? Now, take this spaceship and put it in the middle of a desert. Furthermore, assume that you build this ship using almost exclusively waste materials and earth, and that you can build it yourself, without the need for an architect or an engineer. You do not need to assume, in fact, because these ships already exist on Earth. They are known as “earthships” and their main architect is Michael Reynolds.

As we keep talking about carbon emissions, global warming and climate crisis, we often come across concepts such as zero carbon, zero waste, and carbon footprint. Architecture does get its share of these mainstream sustainability headlines. Energy efficiency, smart homes, green certificates and zero-carbon building materials are things we may now encounter in daily life. Concepts such as natural buildings and ecological architecture are rather attractive subjects and become even more attractive if you are able to say “I can do this myself” as today’s conditions require working for almost forty years to own a house.

The thing is, these are not new inventions. When Michael Reynolds graduated from the University of Cincinnati’s Faculty of Architecture in 1969, the cost of living and the problem of waste causing environmental pollution were also hot topics. The “peak oil” arguments and the energy crisis in the 70s served as additional concerns and encouraged this newly graduated American architect to begin forming a vision: To produce structures in a cheap and durable way by using waste materials that cause environmental pollution. This vision developed over time and by incorporating techniques such as thermal mass, passive solar, natural ventilation, renewable energy, rainwater harvesting, and biological treatment, it acquired the identity as we know it today: Earthships. Currently, more than 3,000 Earthships are estimated to exist on Earth, with the US states of New Mexico and Colorado in the lead.

However, not everything was achieved that easily. When Reynolds graduated, he moved to Taos, New Mexico, and began building houses from waste tin cans. While these were portable structures consisting of a single room at the beginning, they soon turned into more complex structures that cover the necessities of modern life and began attracting attention as alternative shelters that could self-sustain in the desert, where municipalities could not convey a grid infrastructure. This being the case, the municipalities also became intrigued. As Reynolds was building houses for people without anyone’s permission and these houses did not meet legal requirements, things came to a point where his architectural license fell into danger of being cancelled. It is worth noting that in those years, no legal frame existed for these houses, which were built in the middle of the desert, by using old tires and tin cans, entirely off the electricity grid, covering the domestic water demand by collecting rain water, and biologically treating waste water to reuse it in greenhouses inside the main structures. Unless you were doing the job by the book, it was not possible to do the job at all. However, this was exactly what Reynolds aimed for. He wanted to build off-the-grid structures that still offer the comfort of homes connected to central systems, and he wanted to do this by reusing waste materials. Reynolds then spent much of his time working for the adoption of the Sustainable Development Testing Site Act.

Meanwhile, Reynolds’ reputation continued to spread in other countries. Earthships were being built in Europe, Asia, and Africa. In 2005, however, things changed again. On December 26, 2004, the Indonesian island of Sumatra was hit by an earthquake with a magnitude of 9, which triggered a tsunami. The disaster killed about 170,000 people in Indonesia alone and rendered more homeless. Reynolds and his team were invited to join post-disaster relief efforts, where they built a few Earthship examples. These structures, built by people who had almost nothing left, with their own hands and using all the garbage scattered around, aroused great interest and respect. Shortly after Reynolds returned to the United States, he regained his architecture license. His company, formerly known as Solar Survival Architecture, eventually became Earthship Biotecture. The company now runs several architectural projects, and also organizes hands-on training where anyone can learn how to build an Earthship step-by-step.

Above all, the designs are deliberately kept simple in order to ensure that anyone can build it. Most ready-made projects are single-storey and basically organized according to six design principles: