Skip to content
Homepage ARTICLES 150 Years on the Periodic Table 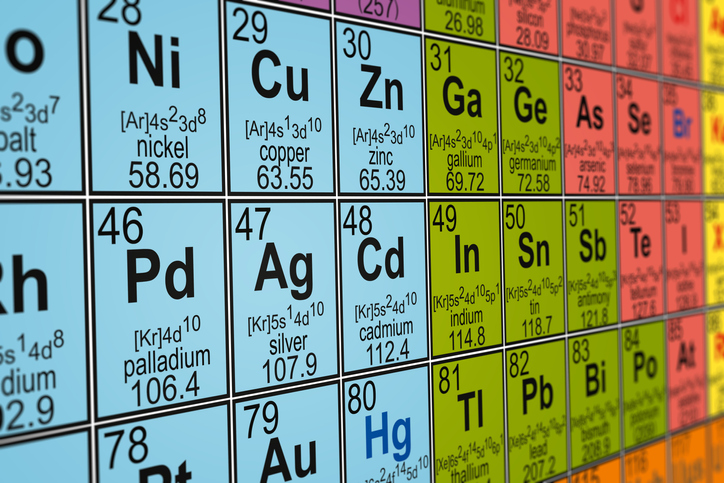 150 Years on the Periodic Table

The periodic table, periodic table of elements… The “sine qua non” of chemistry classes… Elements are sorted according to their atomic numbers. Generally, metals are on the left and non-metals are on the right. Inert gases, the ones not so eager to interact with other elements, occupy the column on the far right.

The masterpiece of chemistry belongs to Russian chemist Dmitrii Ivanovich Mendeleev. When it was published exactly 150 years ago, in 1869, it included 63 elements arranged according to their atomic weight. Its title was “Draft of the system of elements: based on their atomic masses and chemical characteristics,” in Russian of course. Mendeleev enunciated in his article that “all the comparisons [which I have made] lead me to conclude that the size of the atomic weight determines the nature of the elements”, and this was his definition of “the Periodic Law”.

While he was busy researching this, German chemist Lothar Meyer was also preoccupied with arranging the elements. In fact, he had prepared a table similar to that of Mendeleev’s, before Mendeleev did. But Mendeleev was quicker to publish his research results. And he would publish an improved version of the table in 1871, which looked a bit closer to today’s periodic table of elements.

The Russian oracle of chemistry

Mendeleev’s only superiority was not his publishing speed. He provided bold estimates about the elements that were undiscovered at the time. He had noticed that some elements were missing, so he left empty slots for those. He even managed to fill three of these slots with gallium, scandium, and germanium during his lifetime. Mendeleev’s difference was his ability to predict both the existence and the properties of those undiscovered elements. It was as if his table was the “table of a clairvoyant”.

When Mendeleev presented his periodic table to the scientific community, the structure of atoms was still a mystery. Although he did note that “internal differences of the matter that comprises the atoms” could be the cause of recurring properties that his table was based on. The first actual suggestion on atoms being composed of smaller constituents came in 1888, from the German chemist Johannes Wislicenus. This, in a way, provided further proof on the power of Mendeleev’s intuition.

[/vc_row_inner]When Mendeleev died in 1907, the scientific community was acquainted with some of the components of atoms: electrons carrying negative electrical charges and some positive constituents that neutralised the atoms. The arrangement of these components was unfolded in 1911, and after a short while, researchers discovered that the correct order of the elements in the periodic table was based on the number of protons in their nuclei. Mendeleev’s projection of “atomic weight” was not too far from Henry Moseley’s dictum of “the number of protons, or the atomic number”.

Niels Bohr designed his own periodic table of elements in 1922, based on his experimental study involving the measurement of electron energies of the elements. This table included elements discovered after 1869, but was still not too different from Mendeleev’s arrangement –who did not have the faintest idea on quantum theory, or quantum physics.

American chemist Glenn Seaborg prepared a horizontal alternative to the vertical periodic table of Mendeleev. Seaborg’s table became quite popular after World War II, and is still widely used today. Seaborg and his colleagues also managed to synthetically produce some elements and added those on the periodic table. As the last natural element added to the periodic table is still uranium, Seaborg called these new elements “transuranics” and added a row to the table for them –which Mendeleev did not predict. He claimed in an interview that “It took a lot of guts to buck Mendeleev.”

Seaborg’s contributions to chemistry earned him an element of his own name: seaborgium, the element 106. And what did he name the element 101 he found in 1955? Mendelevium.

The table received four new elements in June 2016. They were initially called ununtrium, ununpentium, ununseptium, and ununoctinium corresponding in Latin to their atomic numbers 113, 115, 117, and 118, respectively. They got their official names after six months: tennessine (after Tennessee, USA), nihonium (after “Nihon” meaning “Japan” in Japanese) and moscovium (after Moscow), and oganesson (in honour of Russian nuclear physics professor Yuri Oganessian).

For all the elements in the periodic table of elements and their historical mini-stories, you may visit here.

Bananas are rich in a radioactive version of potassium, known as potassium-40. The potassium-40 in a single banana can produce a positron (the anti­matter version of the electron) a dozen or so times a day, and an electron about 13 times in a second.

When French physicist Henri Becquerel placed uranium salts on photographic plates in 1896, he accidentally discovered radioactivity. He later won the Nobel Prize in physics in 1903 for this achievement.

Albert Einstein’s special theory of relativity, in fact, explains the colour of gold. As electron energy levels shift due to relativity, the metal absorbs blue light and reflects the remaining light with yellow glitter.

Mendeleev intentionally left blank slots in his periodic table in order to arrange the known elements properly. Gallium, element 31, was the first to fill one of these slots in 1875. Gallium is the star of a popular chemistry trick, as it can be formed into a spoon that melts in the hand or in hot tea.